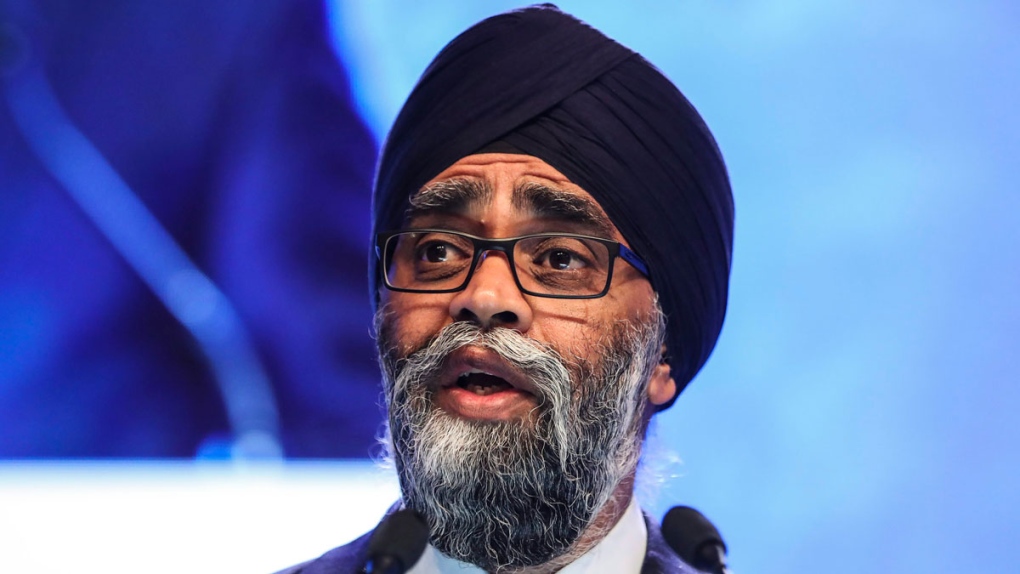 A Conservative MP has apologized to Defence Minister Harjit Sajjan for a Facebook post linking a critical news report of Sajjan to affirmative action.

The now-deleted post on the “Okanagan Conservatives” Facebook group read: “This is what happens when you have a cabinet based on affirmative action” with a link to a recent article about Sajjan’s role in a $337,000 morale-boosting trip overseas in which some passengers on a flight were reportedly intoxicated and abusive to staff.

Okanagan-area Conservative MP Dan Albas, who represents Central Okanagan-Similkameen-Nicola, said the post originated from another electoral district association and he asked for it to be removed. 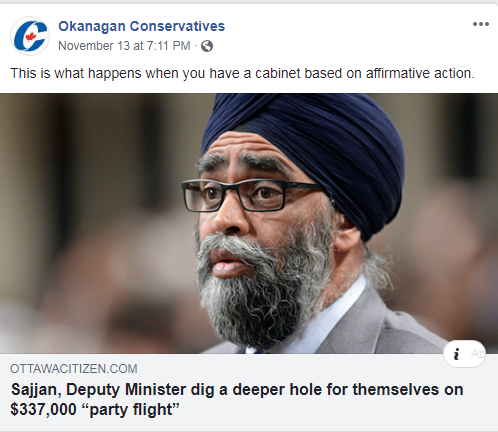 “Although I did not authorize it, I would like to apologize to (Harjit Sajjan),” Albas wrote in a tweet.

“Minister Sajjan has served our country honourably in many capacities and was undeserving of the comments that were posted.”

Political debate and discussions should always be about policy and not personal attacks. Minister Sajjan has served our country honourably in many capacities and was undeserving of the comments that were posted.

In a tweet, Sajjan called the comments “completely unacceptable,” and said he was happy that “some members of the Conservatives” realized that.

These comments are completely unacceptable. Happy to see that some members of the Conservatives have realized that. Canadians know that diversity is our strength, and we will always champion that.https://t.co/NkqIQvF8EZ