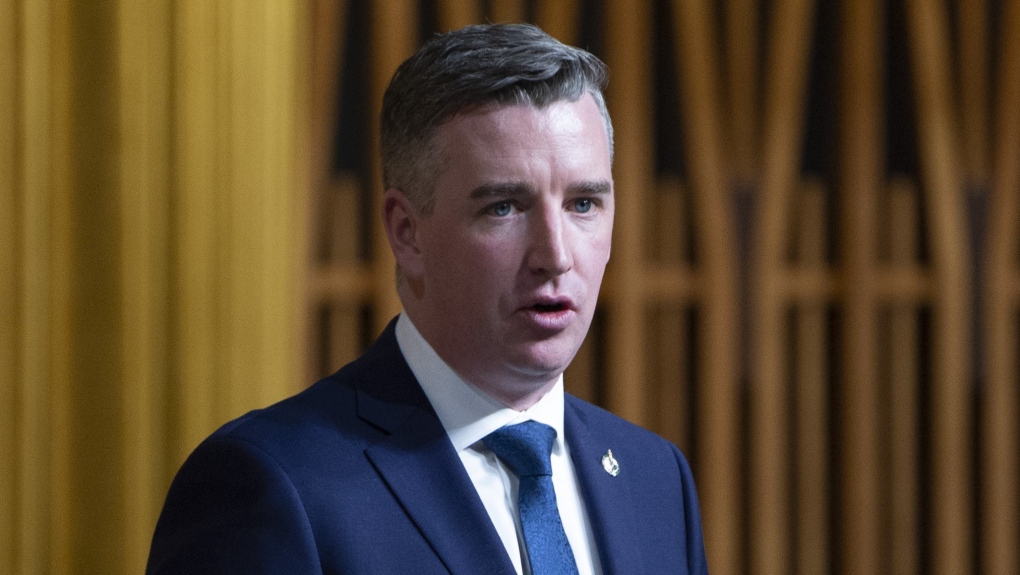 Michael Barrett, Conservative MP for Leeds-Grenville-Thousand Islands and Rideau Lakes, rises in the Question Period in the House of Commons Monday January 28, 2019 in Ottawa. THE CANADIAN PRESS/Adrian Wyld

OTTAWA -- A Conservative effort to revive the SNC-Lavalin scandal through a parliamentary study has been defeated.

The party was looking to have a full committee probe of Ethics Commissioner Mario Dion's report that found that Prime Minister Justin Trudeau broke the federal Conflict of Interest Act in relation to the SNC-Lavalin affair.

The Tories put forward the motion at the House Ethics Committee last month, seeking to have the "Trudeau II Report" studied, calling on Dion to appear and testify for two hours on his findings, and requesting "other witnesses as required" be invited.

On Monday the Liberal and Bloc Quebecois MPs on the committee voted against it, defeating the proposal. It was the second attempt from the Conservatives to revive the SNC-Lavalin scandal in this minority Parliament.

In his efforts to argue for the motion when he tabled it, Conservative MP Michael Barrett said Canadians “continue to expect” a “full examination” of this issue, though Liberal MP Greg Fergus said that in his view Canadians don’t want parliamentarians “looking back in the rearview mirror.”

At the time that the report was released, Trudeau said that he accepted the report’s findings, and took full responsibility for “everything that happened,” but stopped short of apologizing because he disagreed with some of Dion’s conclusions.