Tom Mulcair: National unity is on the table as Parliament discusses Bill C-13

Tom Mulcair: National unity is on the table as Parliament discusses Bill C-13 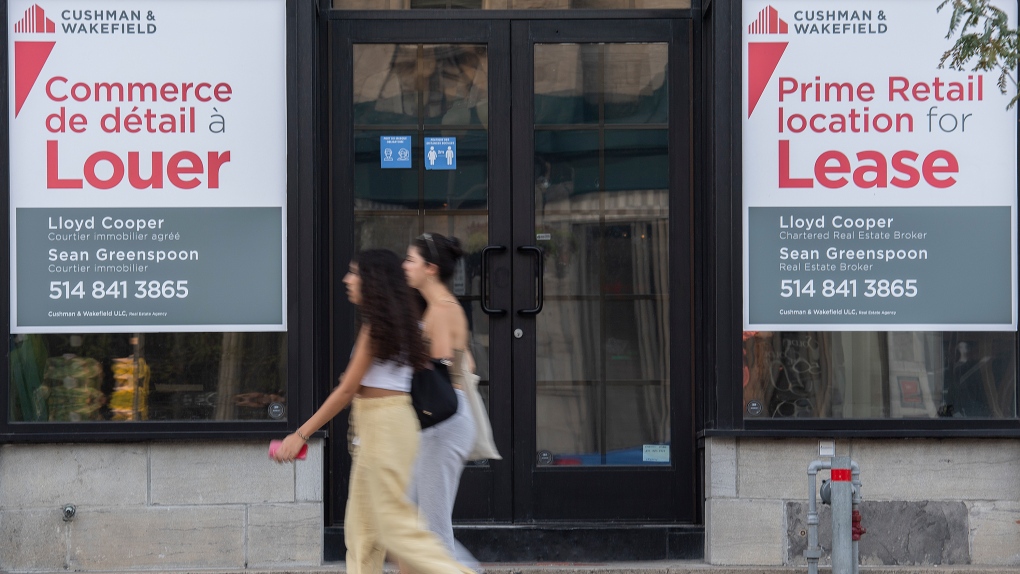 People walk by bilingual signs for a commercial space for lease in the city of Westmount on the island of Montreal, Friday, August 5, 2022. THE CANADIAN PRESS/Graham Hughes.

Does bilingualism cause hemorrhoids?

That was the, dare I say, cheeky question from one of my colleagues in the French media. He was joking, of course, but his irony was in response to an article that affirmed that the requirement for bilingual labels on medication is contributing to the shortage of children's Tylenol in Canada!

Historically there’s been no evidence that the long-standing requirement for bilingual labelling has ever caused a shortage of medication.

This harkens back to the old 1960s’ bilingual cornflakes box rant.

To begin with, the French labelling doesn’t need to be translated because it already exists here and is also used in dozens of francophone countries. In addition, there are detailed and complex Canadian regulatory requirements for labelling that must be respected by pharmaceutical manufacturers. You can’t just import from an English-speaking country, you’d have to meet all those other Canadian requirements on top of the bilingualism obligation. There’d have to be a distinctive Canadian label anyway.

It’s a classic red herring, but to what purpose?

This comes at a time when official bilingualism is hard-pressed on all sides. Some senators recently opined that they don’t see why ambassadors of our officially bilingual country should even have to speak French!

Every time there’s a new appointment to be made, there’s a hue and cry that bilingualism is a requirement to be named to the Supreme Court. Anyone seeking to become a Supreme Court Justice today has known since law school that Canada has two official languages. A lawyer at that top level therefore also knows that they’ll have to have both languages to get named. There’s no surprise but it hits the fan every time.

When I was leader of the opposition I remember meeting with representatives of the automobile industry. At the time, there was a big issue involving the high prices Canadians were paying compared to Americans for the same car. When I asked one of the lobbyists what could possibly justify the enormous difference, he pulled this gem out of thin air: “Well, you know, here in Canada we have to produce a bilingual owner’s manual.”

The incredulous looks of his colleagues led me to understand that I wasn’t the only one who realized he was making it up as he went along. When I asked if it was the official position of their association that a bilingual manual somehow added thousands of dollars to the price of a car, everyone wanted to move on to another topic.

Right now in Ottawa there’s a seminal piece of legislation, Bill C-13, going through the adoption process and anyone who’s concerned about the future of the country should be paying attention.

C-13 is a modernization of the Official Languages Act and an attempt to bring in new rules for federally regulated businesses. It’s complicated. It’s also being filibustered by the Bloc and by the Conservatives but for very different reasons.

The minister tasked with stickhandling it through committee is Ginette Petitpas Taylor. She has been having a particularly hard time and because the Liberals are a minority government, she needs a legislative partner to restrict debate and move on to the next step in the process.

The NDP is already in the sack with the Liberals thanks to their deal to always support confidence measures. There’s nothing in that deal that would require the NDP to back closure, which would be very unusual for any opposition party.

Francophones outside Quebec, who really do deserve a break and who need some legislative tools to protect their precarious status, are pushing hard for adoption. There is disappointment that a key promise by previous minister Melanie Joly, to extend Air Canada’s bilingual requirements to all airlines, has been abandoned but “half a loaf is better than none”, seems to be the byword.

At the same time, Prime Minister Justin Trudeau has repeatedly failed to walk the talk when it comes to official bilingualism.

He named a unilingual Lieutenant-Governor in Canada’s only officially bilingual province, New Brunswick, and when the courts banged him out for disobeying the constitution, he decided to appeal.

New Brunswick Premier Blaine Higgs recently saw his education minister resign because his Conservative government had decided to scrap French immersion programs. To add insult to injury, Higgs named a recent floor-crosser, from an anti-francophone party, to the committee looking into bilingualism in the province. Trudeau lectured Higgs against tax cuts instead of fighting him on the language issue. All talk, no action.

English-language school boards in Quebec are Constitutionally protected, but for how long? Quebec Premier Francois Legault wants to dismantle them and anglophone parents are rightly worried about the future of their kids’ school system. C-13 could actually make it easier for Legault to remove English boards. Trudeau’s reaction: crickets.

WHY DOES ANY OF THIS MATTER?

Francophone media spend a lot of time parsing the anti-French feelings and actions in Ottawa and in some provinces. Hardly a day goes by without an article detailing the lack of French services or the inability to even use French in key ministries such as Global Affairs.

Anglophones in Quebec, often the staunchest supporters of the Liberals, are starting to realize that Trudeau and his hapless justice minister have hung them out to dry.

I’ve spent the last 45 years with one foot in each language community. Decades in Quebec City and in Ottawa have taught me to always try to be patient and understanding in the face of what is clearly discrimination, if not worse, and it exists on both sides.

Problem is, bilingualism really is a fundamental characteristic of Canada that is being whittled away by the characterization of it as not just a cost but…even as a threat to our children’s health!

It would be funny if it weren’t so dangerous and sad. If we continue down that road, where two official languages become too much to bear, I know how the message will be decoded in the only province with a French majority.

It may be old hat, but national unity is on the table as Parliament discusses Bill C-13. It’s tragic, but Trudeau’s consistent failure to defend minority language rights (French outside Quebec and English in Quebec) could have devastating long-term consequences for Canada.

Jurors began deliberating Wednesday in the capital murder trial of a former Border Patrol agent who confessed to killing four sex workers in 2018 because he wanted to clean up the streets of his South Texas hometown.