'The threat is real,' top-secret committee says of foreign interference in Canada 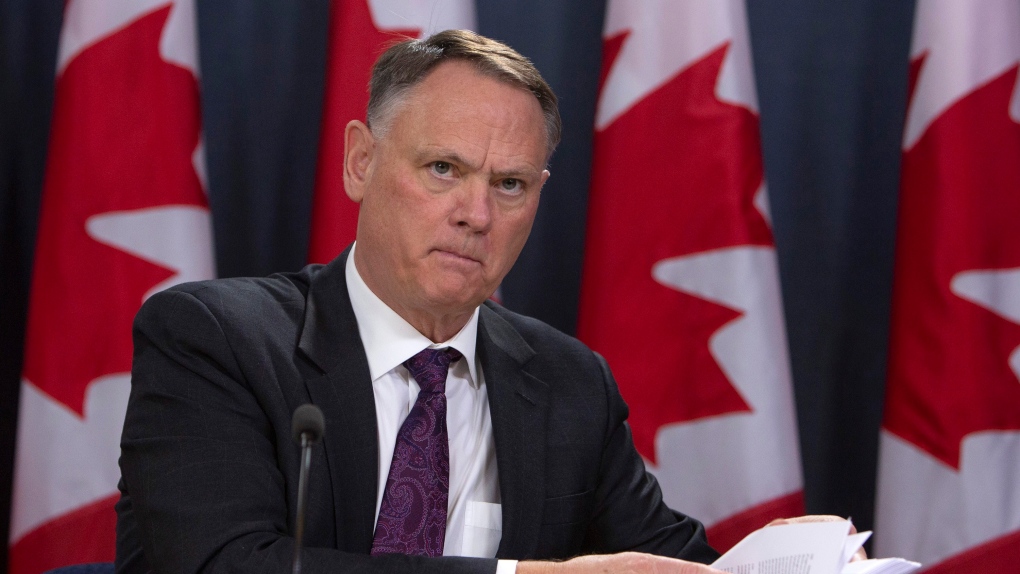 OTTAWA -- The threat of foreign interference in Canada is real and more action is needed to counter what is a "significant and sustained" effort to meddle from China, Russia, and other state actors, according to the latest report from a top-secret Parliamentary committee.

The top-secret National Security and Intelligence Committee of Parliamentarians (NSICOP) has found that the federal government has been slow to react to the threat of foreign interference and is now calling for a cross-government strategy, in its annual report for 2019.

"The government must do better," reads the 180-page report. "The threat is real, if often hidden. If it is not addressed in a comprehensive, whole-of-government approach, foreign interference will slowly erode the foundations of our fundamental institutions, including our system of democracy itself."

NSICOP spent part of the last year digging into classified information and consulting top-level intelligence authorities on Canada’s national security and the measures currently in place to counter foreign interference. Despite the efforts taken to shore up Canadian intelligence and elections agencies, more needs to be done to keep up with the evolving threat, the committee has found.

Speaking to reporters about the report, committee chair David McGuinty said that it is “time to up our game,” after finding “ample evidence” that Canada’s not doing enough when it comes to cross-government collaboration.

Based on the study of “traditional” interference means, like person-to-person interactions, most co-ordination is being done on a case-by-case basis, between departments or agencies that have varying interpretations of the gravity of the threat. As well, the engagement of provincial and municipal governments has been limited when it comes to foreign interference.

The report doesn’t dive into election interference or cyber threats, but NSICOP anticipates a deeper dive into those areas is coming. Given the minority dynamics, McGuinty said he is hoping the committee can dive into the government’s coming report on election integrity as soon as possible so that if changes are needed, there’s time to make them before Canadians head back to the polls.

While the document is peppered with redactions, it does detail the threat to Canada seen in political affairs, within cultural and university communities, and through media. It notes that Canada is an "attractive and permissive target," and over the years Canadian intelligence agencies have been monitoring threats from "a number of states."

Explicitly, the report calls out China and Russia for trying to meddle in Canadian affairs and institutions. While those two nations are named, they are placed within an otherwise redacted list of states. Committee officials acknowledged that these two were put on record given the extent of existing public knowledge of their efforts.

And, Canada is not alone in being targeted, it’s a challenge being faced by all NATO countries, who the report said are being targeted by the same states, "using many of the same techniques."

The committee is issuing a reminder to parliamentarians that upon being sworn-in and recurring during their time in office, MPs and Senators should be briefed on the risks they face in terms of interference and extremism; and ministers should exercise discretion when it comes to whom they meet with.

In a special side study, the committee also examined how the Department of National Defence and the Canadian Armed Forces collect, use, and disseminate information about Canadian citizens as it conducts defence intelligence activities.

McGuinty said that as a result of DND indicating it does not believe its overseas activity is subject to the Privacy Act, the committee has referred the matter to the Attorney General as they are legislatively obligated to do.

The high-level oversight body was created in 2017, and mirrors similar committees set up in the other "Five Eyes" alliance countries. Members include MPs and Senators, who must have the highest level, or "top secret" security clearance. It operates on an annual $3.5-million budget.

It initially reported its findings to Prime Minister Justin Trudeau at the end of August and a declassified version was tabled in the House of Commons on Thursday.

Over the last year the committee also conducted a probe of the Canada Border Services Agency's national security and intelligence activities related to enforcing immigration and customs laws.

In relation to this examination, NSICOP found that while overall, the governance of CBSA’s activities are satisfactory, a gap in ministerial accountability and risk management exists, given the sensitive nature of this work.

The committee is recommending these bodies do better at identifying the barriers to diverse candidates and to have senior staff publish the progress they’re making in the coming years.

Overall, McGuinty noted that he has flagged to Trudeau that the relatively new committee is experiencing issues when it comes to receiving the necessary information from the intelligence bodies it has the mandate to provide oversight on. He’s now taking it up with Trudeau’s national security adviser.

McGuinty gave examples of instances where agencies or departments provided summaries of information rather than the original documents, and inconsistently applied cabinet confidence restrictions on information they turned over. Under their mandate the committee is to have broad access to government documents and intelligence, so long as probing it is not deemed injurious to national security.