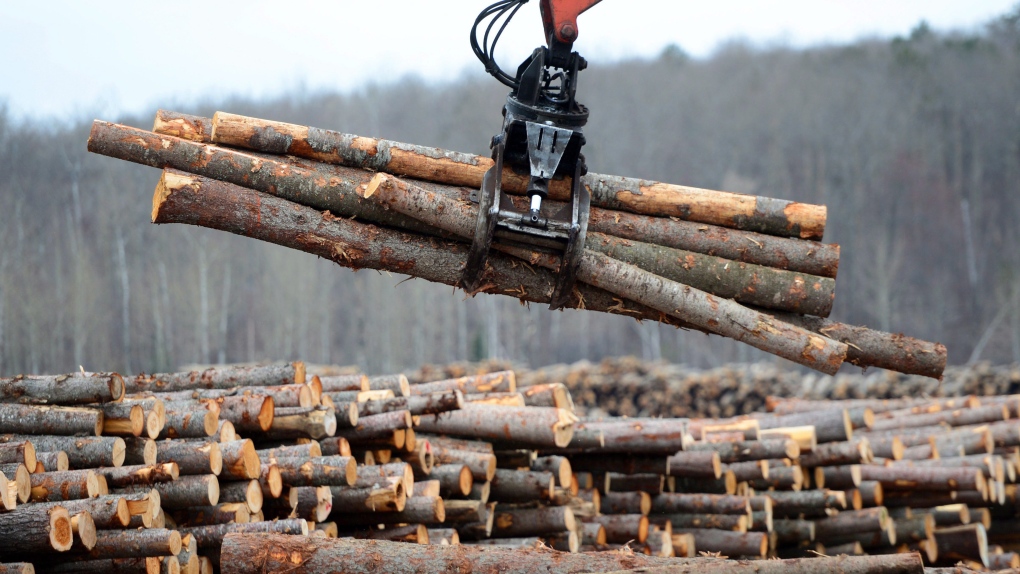 WASHINGTON -- Canada and the United States must chop down one big, remaining impediment to a deal on softwood lumber and this obstacle involves wood from neither country but from other places: Germany, Sweden, Chile, Brazil and Russia.

This irritant over distant imports is complicating the goal of a quick softwood agreement, something both North American governments say they want to achieve in order to start NAFTA talks in two weeks without a major trade irritant looming overhead.

This sticking point involves third-country imports. More specifically, it's about who gets to fill the U.S. demand for lumber in the event of a hot construction market like the present one, when American supply falls short.

The two governments have already agreed to split the U.S. lumber market by percentage. According to Canada's ambassador to Washington, Americans would supply around 70 per cent; Canadian imports would be capped around 30 per cent, which falls somewhere in the historical average.

"There's a lot more detail than that," ambassador David MacNaughton said in an interview, saying the numbers would be affected by other variables.

Where the third-country problem occurs is when the economy booms, demand soars and American mills can't meet their 70 per cent, agreed-upon share.

In such an event, Canada is adamant that the agreement should contain what's called a hot-market provision. There are different ways to design it. One example appears in a sugar deal struck between the U.S. and Mexico this June -- if the U.S. seeks additional sugar imports, Mexican suppliers would get a right of first refusal.

But the basic point is to allow Canadian exporters to surpass that regular cap of 30 per cent, rather than have other countries fill the gap. Other countries, including Germany, Sweden, Chile, Brazil and Russia, currently supply a minuscule share of U.S. imports.

'Ball is in their court'

MacNaughton said it makes little sense for Canada and the U.S., to strike a deal that shifts production to other countries. This issue, he said, is a key barrier to an agreement.

"I don't see any reason (for not getting a deal)," MacNaughton said.

"We should be able to reach an agreement. The ball is in their court. We have made clear we are prepared to manage to a market share -- which is what they asked. We're just waiting for them to come back, and say yes....

"The issue that is outstanding at the present moment is when there is a hot market.... It's got nothing to do with putting people out of work in the U.S. It's got to do with making sure we're not having mills idled in Canada in order to create jobs in Russia and Brazil."

In sharing some details of the ongoing negotiations, which to date have generally been tightly guarded, MacNaughton was responding to what he called misinformation being spread around Washington.

He accused the U.S. lumber lobby of disseminating the false idea that Canada won't accept a quota: "That's simply not true."

That sentiment was reflected in a letter last week from U.S. senators, who urged a cap on Canada's share of the market. Their letter echoed the language used by the U.S. lumber lobby -- which demands what it calls a "clean quota."

Important to get out of way before NAFTA talks begin

Responding in a statement to The Canadian Press, the U.S. Lumber Coalition said: "It is our understanding that there is no agreement as Canada still appears unable to have a cohesive position that is consistent with their commitment in 2016 to an 'at or below market share' or quota agreement construct. ... An 'at or below market share' agreement... by definition is a clean quota agreement."

The industry view matters here -- its support is likely essential to a deal.

That's because any softwood agreement would require U.S. producers to relinquish their right to sue Canadian competitors. Some Canadians fret that the industry might prefer to let the issue drag on and play out in court.

It's a repetitive pattern: American producers argue their cross-border rivals are illegally subsidized through access to cheap public land; they petition the U.S. government; duties get placed on Canadian imports; there are court fights, until some temporary deal buys peace for a few years. The hostilities recommenced this year, with duties on Canadian lumber, after the expiry of the latest agreement.

A Washington trade observer explains why the governments might be in more of a hurry to get this resolved.

It involves a U.S. desire to reform the Chapter 19 dispute-settlement process in NAFTA. This process has been a key weapon in Canada's arsenal in fighting softwood duties, and U.S. negotiators would be asking Canada to give it up in the middle of a lumber fight.

"It would be quite important to get that out of the way before the NAFTA negotiations begin -- because of the importance of Chapter 19 to dumping claims," said Laura Dawson of the Wilson Center's Canada Institute.

"If you also had an active dispute with softwood lumber during a Chapter 19 negotiation it would make it very difficult."

But she sees a silver lining.

If the countries are now haggling about details involving third parties, Dawson says that's encouraging: "If that's really what they're down to, that looks like a very negotiable piece of business. They may have to go back and forth a little bit on the numbers and the share, etcetera. But if that's the last hurdle before resolution, they're in a very good place."