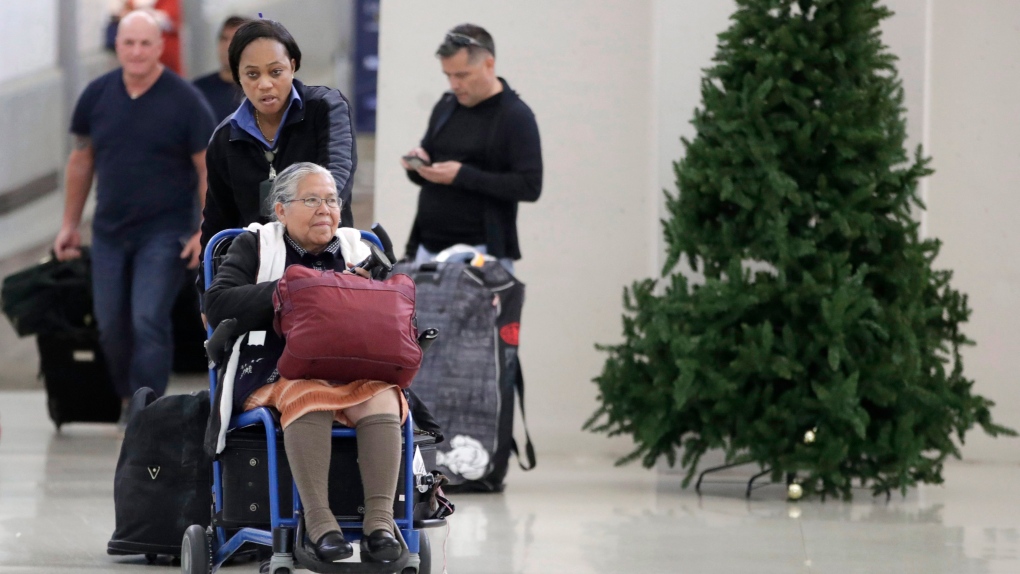 An employee pushes a woman on a wheelchair out of the international arrivals area on Terminal B at Newark Liberty International Airport, Tuesday, Nov. 21, 2017, in Newark, N.J. (AP Photo/Julio Cortez)

OTTAWA -- The Supreme Court of Canada will not examine whether new air-travel rules that allow lengthy delays breach the rights of some Canadians with disabilities.

The federal regulations let airlines keep travellers on the tarmac for up to three hours -- plus an extra 45 minutes if there is an "imminent" possibility a late plane will take off.

Passenger-rights advocate Gabor Lukacs and Bob Brown, a quadriplegic, asked the Federal Court of Appeal to hear their case against the Canadian Transportation Agency.

Brown, a disability-rights advocate, says the rules limit the distance he can travel as he can spend only so much time in an airline seat without experiencing severe physical pain.

Brown and Lukacs argued the rules violate equality rights, which prohibit discrimination based on physical disability, but the appeal court dismissed their request for a hearing.

As usual, the Supreme Court gave no reasons for refusing to consider the case.

This report by The Canadian Press was first published April 9, 2020.