A former top Mountie says the RCMP has "strong grounds" to lay criminal charges in connection with the Senate expense scandal, based on what's alleged in media reports.

"If you look at the allegations and you look at the Senate Act and the ways it’s described as housing goes, then I think that’s probably the approach they’ll take," Clement said. "From my read of the Act and from what’s been alleged through the media I think they have pretty strong grounds."

The RCMP’s sensitive and international investigations unit is looking at the expense claims of Senators Mike Duffy, Mac Harb and Patrick Brazeau.

An external audit has ordered Harb and Brazeau to repay tens of thousands of dollars in invalid expense claims. Duffy paid back just over $90,000 before the audit was released.

Last week, the Mounties asked for Senate documents related to claim policies, saying they are needed "to make a determination on whether there are grounds to commence a criminal investigation."

Clement said that as an RCMP investigator, he would want to know the circumstances surrounding the transaction between Wright and Duffy.

Wright resigned amid the growing scandal, saying in a statement that he believed repaying the funds that Duffy had improperly claimed was "in the public interest."

He said he accepts sole responsibility on the matter, but questions were immediately raised about Harper’s knowledge of the situation.

Harper has said that he was unaware of Wright’s decision to give Duffy the $90,000.

"Mr. Wright is a lawyer so I would think or hope that he dotted his i’s and crossed his t’s," Clement said.

Clement said investigators probing the transaction would be looking for any documentation that may shed light on the circumstances of the loan or handout.

However, the existence of a legal document outlining the terms of any secret deal between Wright and Duffy doesn’t necessarily indicate the transaction was lawful, Clement added.

"The fact it was drafted by legal counsel doesn’t necessarily mean it cannot be construed to having breached some law," he said.

Under the Senate Conflict of Interest Code, all gifts over $500 must be reported within 30 days.

CTV News also revealed last week that the final version of Duffy’s audit report was whitewashed to remove some damning language that accused him of breaking the Senate’s residency rules.

Clement said such allegations call into question the full authenticity of the report.

"If I was investigating or directing the investigation, I’m going to be going back to the auditors, looking for all of the initial reports, including all drafts, and looking for who directed the change to take place," Clement said. 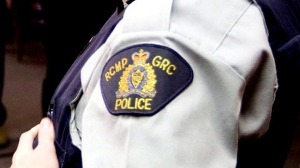 Read the RCMP's letter to the Senate 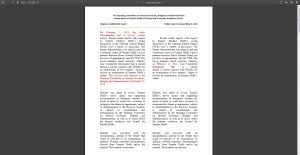