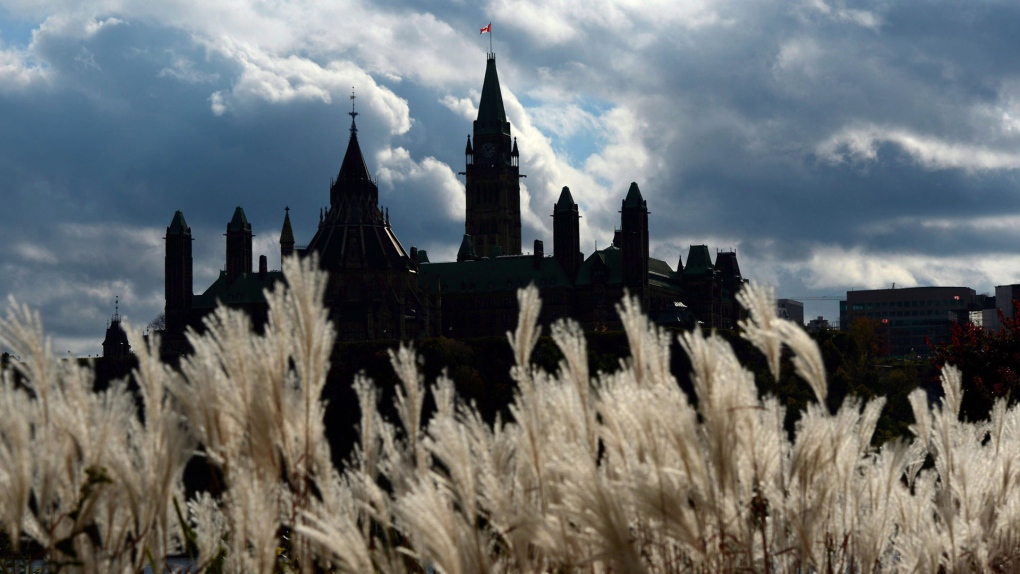 Parliament Hill in Ottawa is viewed from the shores of Gatineau, Quebec on Oct. 22, 2013. THE CANADIAN PRESS/Sean Kilpatrick

OTTAWA -- The federal government invited a group of Indigenous elders to Ottawa last spring to seek their guidance on how to address barriers faced by Indigenous federal employees, but the well-intentioned gathering hit an unexpected snag.

The elders were told they could not perform a smudging ceremony, a tradition to many First Nations and other Indigenous cultures that involves burning plants, such as sage and sweetgrass, considered to be sacred medicines.

According to a new elder protocol guide developed by Employment and Social Development Canada, federal building regulations are such that advance notice for smudging ceremonies is required.

It is just one example that highlights some of the challenges Ottawa faces as it tries to become a better employer to First Nations, Metis and Inuit working as federal public servants in departments and agencies across Canada.

The Canadian Press has obtained several documents through the Access to Information Act that show the federal government has been making efforts to attract, retain and promote more Indigenous civil servants.

The documents, which date from May to September, 2019, show bureaucratic red tape can often get in the way.

This has forced some departments to come up with creative new approaches.

The new elder protocol guide is an example. Indigenous elders are being increasingly invited to participate in government activities and events, so the department recognized the need to educate its employees in the proper ways to engage with elders in a culturally sensitive way.

The guide explains the role of elders in Indigenous communities and lays out the appropriate ways to treat and interact with them. But it also details some careful manoeuvring through federal rules that become necessary in dealings with such things as offerings usually extended to elders.

Elders are traditionally presented with a small gift and a "financial gesture of gratitude" to thank them for sharing their knowledge.

The usual Treasury Board guidelines would mean getting them to sign a service contract in order to receive the gift.

But elders aren't service providers or businesses, so asking them to do so "would be highly inappropriate," the protocol guide notes.

So, a workaround was developed.

Employment and Social Development Canada, which is the department that produced the internal documents, does not have the authority to offer gifts. But it does have wiggle room in its hospitality policy to offer small tokens of appreciation worth $50 or less. That's how it now covers the costs of small gifts like tobacco, tea or jam.

When it comes to the financial stipend, which typically ranges from $250 to $550, a step-by-step process with pictures is now included in the protocol guide explaining how to properly account for this in federal paperwork as "other costs."

These issues are just a small peek behind the curtain of a massive undertaking by the federal government to make its departments and workplaces more inclusive and culturally sensitive to the needs of Indigenous employees.

These efforts are in response to a 2017 report that found Indigenous civil servants face numerous barriers within their workplaces, including discrimination and harassment and limited training or opportunities for advancement. The report also revealed managers and workplaces were insensitive and ill-informed about Indigenous experiences, cultural traditions, histories and traditional languages.

A scorecard developed to measure results across departments shows good progress, according to a briefing note prepared for the deputy minister.

Many challenges remain, notably when it comes to the federal government's French language requirements, which were "identified as a major barrier to the recruitment and advancement of Indigenous employees." This is a particular barrier when it comes to Indigenous talent being promoted to senior ranks, the documents say.

As for progress, government departments and agencies were applauded for their recruitment efforts and what they have done to address discrimination and racism in the workplace.

A total of 437 Indigenous employees, excluding students, were recruited as of May 2019, according to the documents, and 57 government organizations said they had retained all their recruits.

Indigenous mentors, ambassadors and advisers have also been established in several departments. Agriculture and Agri-Food Canada became the first government department to hire a full-time elder on staff.

The briefing note also noted that meeting longer-term targets for reforms is proving to be more challenging.

"Organizations continue to report higher levels of harassment and discrimination for their Indigenous workforce, and more emphasis needs to be placed on developing cultural competencies," the document notes.