Six bills to watch as Parliament winds down 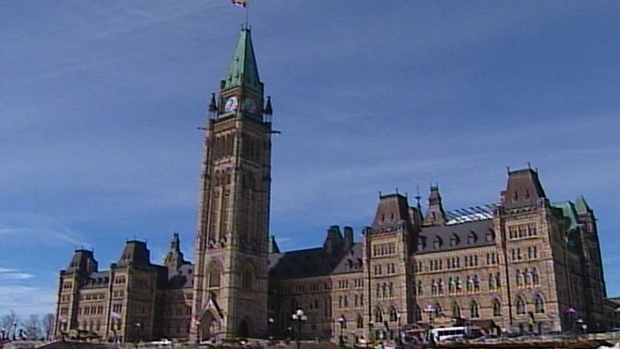 OTTAWA -- The House can rise any day now, with MPs returning to their ridings to kick off the summer barbecue circuit.

But before they flee the capital, there are a handful of bills that are so close to passing they may just see them to the end. On others, they'll want to see significant progress before leaving town.

Here are six bills to watch as Parliament wraps up this month.

This bill, which holds some of the changes the Liberals promised to make to the previous government's anti-terrorism laws (known as C-51), was tabled a year ago this week. The legislation is through the House and currently being studied by a Senate committee. The Senate is expected to send the bill back to the House with amendments, which MPs will decide to accept, further amend or reject.

The committee is moving to clause-by-clause consideration Thursday and has sat every day this week to study it, suggesting the Senate could send the bill back to the House in the next few sitting days.

The bill would add gender identity and gender expression to the list of prohibited grounds of discrimination under the Canadian Human Rights Act. It was tabled in the House more than a year ago and sent to the Senate last November, where it was slowly debated in the chamber and at committee.

Conservative Sen. Don Plett tried and failed last week to amend the bill, which could suggest it has enough support to pass and receive Royal Assent, making it law.

UPDATED: The Senate passed the un-amended bill on June 15. It is likely to get Royal Assent and become law in the next few weeks.

3. C-6 changes to the Citizenship Act

This bill rolls back some changes made under the last government, including revoking the ability to take away somebody's citizenship over national security concerns. It would also change some of the requirements for attaining Canadian citizenship.

The Senate passed C-6 in May and sent it back to the House with amendments, which the House considered before on Tuesday returning the bill to the Senate -- with changes to the amendments -- for another vote.

UPDATE: The Senate passed C-6 on June 15 with the amendments made by the House.

Sen. Andre Pratte moved Tuesday to split off the contentious measures to create the Canada Investment Bank from the main budget bill, which could allow the budget bill to move more quickly than if it were studied with the bank. But the government doesn't want to delay the measure to create the bank, which is wants to have up and running in an attempt to boost the economy.

Pratte's motion was interrupted Wednesday night by a point of order, leaving it to the Senate Speaker to decide whether the motion can continue.

Sen. Peter Harder, the government's point man in the Senate, argued Wednesday that Pratte's motion would split the bill in two, creating two new "money bills" -- parliamentary language for legislation that would create spending. The Senate isn't allowed to table a bill that requires spending.

The late MP Mauril Belanger proposed reverting some of the language of O Canada to replace "in all thy sons command" with "in all of us command." The bill was fast-tracked through the House and has been with the Senate for a full year, where it has been debated nearly 20 times, with several attempts to further amend the language. (UPDATE: Senators will vote Monday night on Conservative Sen. Tobias Enverga attempt to change the phrasing to "in all of our command.")

Last week, Plett tried and failed to amend the line to "thou dost in us command."

Perhaps one the most discussed Liberal campaign promises, it took the government until April to consult, study and introduce legislation to legalize pot consumption, along with legislation to ensure strict penalties for drug-impaired driving. The House sent C-45 to the health committee last week, where it hasn't yet been scheduled for a meeting (C-46, on impaired driving, went to the justice committee on May 31, where it had its first meeting on Tuesday. The committee is currently studying anti-microbial resistance.

This story has been corrected to change the reference to the amount of time Bill C-210 has been in the Senate, and the number of times it has been debated.