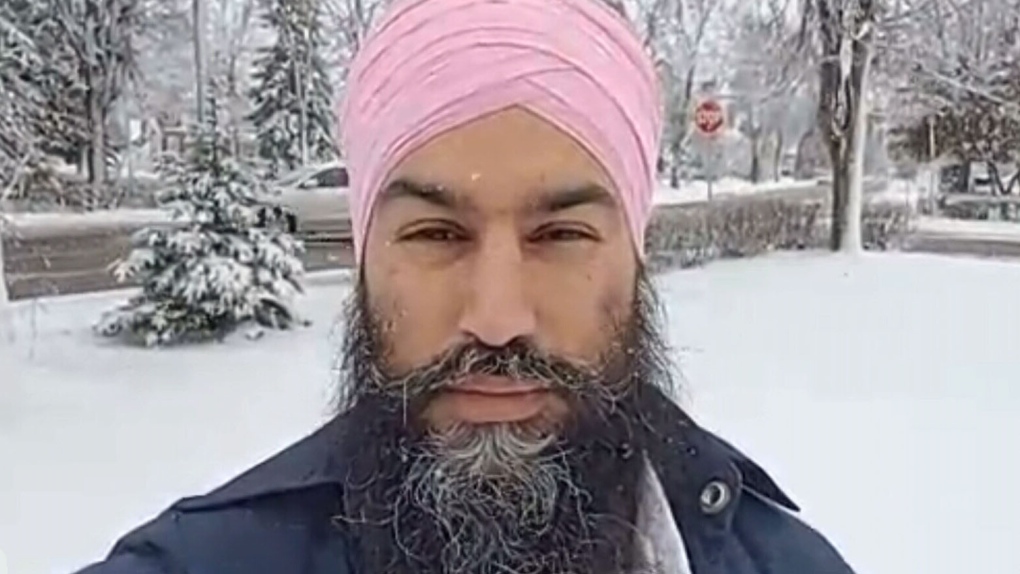 “We’ve got a regime which has got a serious record of horrible human rights violations against its own people,” Singh told CTV News from Kapuskasing, Ont. on Saturday.

“And now,” he added, “its implication and involvement in the death of a journalist makes it very clear at this point that we can no longer continue to sell arms to Saudi Arabia. There’s no way that under the current context we should be selling weapons that might be used to further oppress its citizens.”

On Oct. 19, Saudi officials announced that Saudi journalist Jamal Khashoggi -- a Washington Post contributor and vocal critic of his country -- had died in its Istanbul consulate. The admission, which followed numerous denials, came more than two weeks after Khashoggi’s disappearance on Oct. 2.

Freeland has called for a thorough investigation into Khashoggi’s death in collaboration with officials in Turkey.

Under a deal penned in 2014, an Ontario-based company is producing light-armoured military vehicles for Saudi Arabia. The 15-year contract is valued at approximately $15 billion.

“We know that as a country we have a moral… responsibility to make sure that arms that we sell don’t get used to further human rights violations,” Singh added, citing Saudi Arabia’s treatment of women and dissidents, as well as its vicious war in neighbouring Yemen.

“There was already enough evidence to have made us stop the arms deal before.”

Prime Minister Justin Trudeau responded to Khashoggi’s disappearance last week, saying that the federal government has been “extremely active” both in private and in public in speaking up for human rights in Saudi Arabia.

"We will always endeavour to do it in a constructive way, but we will be ensuring that people know that Canada is unequivocal in standing up for human rights -- everywhere, all the time," Trudeau told a news conference in Armenia.

In an interview with CTV’s Question Period, former Conservative foreign affairs minister Peter MacKay said the world is keeping a close eye on Saudi Arabia – and taking their financial dealings into account.

“We’re seeing a lot of countries taking now a much more dim view of their business relationship with Saudi Arabia,” MacKay said.

The future of the $15-billion arms deal seemed uncertain earlier this year after Saudi Arabia responded aggressively to a Global Affairs tweet that expressed concerns about arrests of activists in the kingdom.

Saudi Arabia retaliated by freezing all new trade agreements with Canada, cancelling flights to and from Toronto and pulling students from Canadian medical schools.