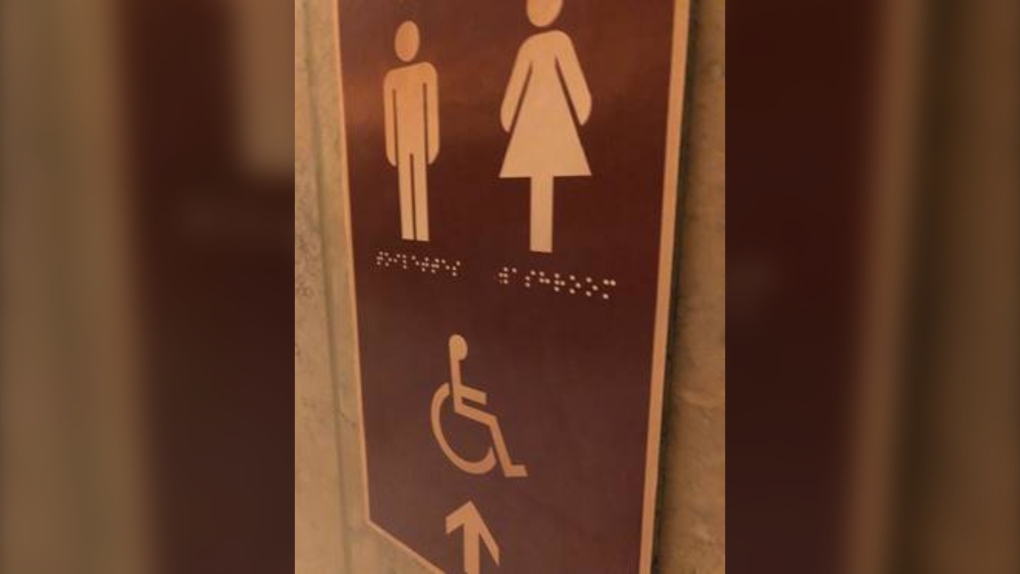 A sign with fake braille is seen on Parliament Hill. Photo: Rachel Gilmore/CTVNews.ca

OTTAWA -- The new, shiny West Block building welcomed members of Parliament last week, but there was one glaring oversight – a sign, pointing to the bathrooms, has a photo of braille on it – instead of the real thing.

That means people who are blind will not be able to use the tactile reading and writing system to understand where to find that particular bathroom.

The rest of the signs in the building are equipped with the full, three-dimensional braille – for example, the signs outside stairwells, caucus rooms, emergency exits and other bathrooms. 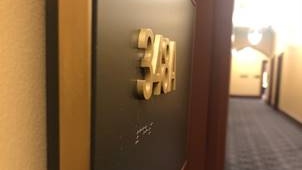 CTVNews.ca also found at least two other signs that had no braille that provided directions to elevators and bathrooms. 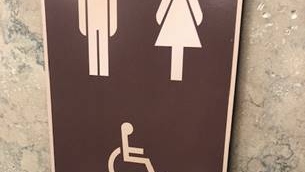 For a person who is blind, those signs are useless – including the one with a picture of braille.

Heather Bradley, a spokesperson for the Speaker of the House of Commons, acknowledged that the sign should have already been replaced.

"It is a temporary sign that includes an image of braille. It was placed there as a mock-up only and should have been replaced with a temporary sign without the braille image. This will happen now," Bradley said in an emailed statement to CTVNews.ca.

"All remaining temporary signs are slated to be replaced with permanent signage that meet all accessibility requirements. They are in production now and will be installed in February 2020."

However, the oversight still points to a broader issue with respect to the accessibility of Parliament Hill, according to Toronto-based disability awareness consultant Andrew Morrison-Gurza.

"I think access is a human right, and I think this speaks to the fact that we need to do more to ensure that it's seen that way, especially in our halls of government," said Morrison-Gurza.

"If a sign isn’t accessible then they haven’t done their job and so the government needs to do more."

Morrison-Gurza acknowledged that it was "probably an oversight," but added it’s "a pretty silly one."

"If it's not accessible in ways as simple as you can't access the bathroom because of braille, it sends a huge message to the community that you don’t have a space here. The overarching message of that is that you don't, you the disabled person don't – we didn’t think about you."