Should election debates be run by the government? Parties split over proposal 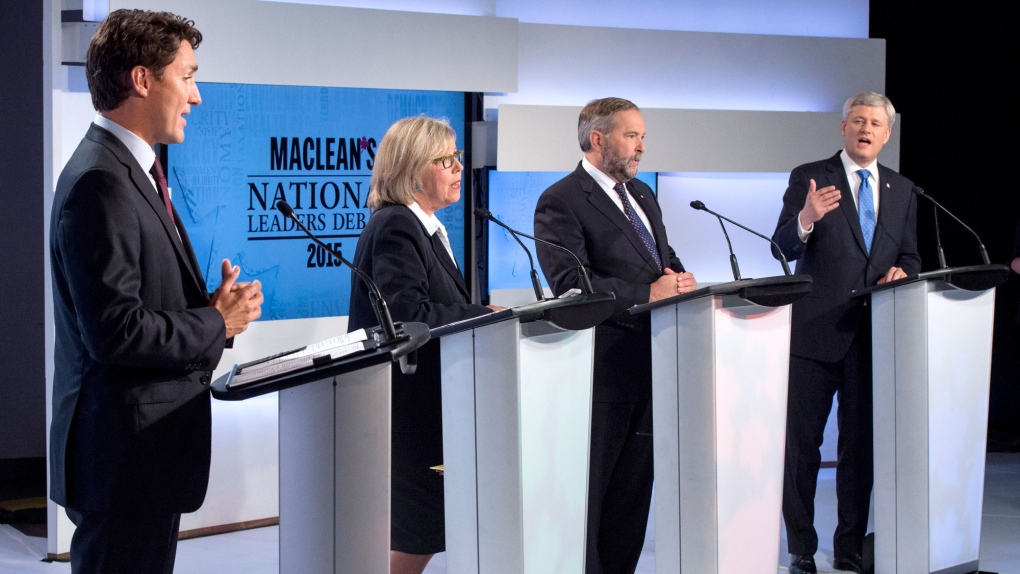 Conservatives are flatly refusing to go along with the idea, which they say amounts to "de facto nationalization" of the debates, where the state decides how and when they're held and which leaders are invited to participate.

Moreover, they argue that having a government agency run the debates will trigger endless constitutional challenges from small parties whose leaders are excluded.

Small parties have gone to court in the past over their exclusion, but because the debates have always been run by private broadcasters through negotiations with political parties, they were not subject to a constitutional challenge.

The Conservatives' rejection of an independent debates commissioner is contained in a dissenting report of the Commons procedure and House affairs committee.

The majority report, supported by Liberals and New Democrats, recommends that the Liberal government proceed with Trudeau's 2015 election promise to create an independent commissioner -- and do it in time for the next election in 2019.

It recommends that the commissioner be required to organize at least two debates -- one French, one English -- during each campaign, following mandatory consultation with an advisory panel which it suggests could consist of broadcasters, representatives of other media organizations, academia and civil society groups, among others.

The majority report appears to anticipate attempts by the official Opposition to obstruct the creation and operation of an independent debates commissioner.

It recommends that the first commissioner be chosen by unanimous consent of all recognized parties in the House of Commons -- but if unanimity proves impossible, that the commissioner be named by the government following a recommendation from an arm's-length panel of non-partisan individuals such as a former judge, a former chief electoral officer and the head of the Canadian Radio-Television and Telecommunications Commission.

Moreover, it recommends that if a party leader declines an invitation to participate in a debate, the commissioner be authorized to take action that he or she "deems appropriate to make that participant's absence well known during the debate." For instance, the commissioner could "visibly place an empty podium on stage."

For their part, Conservative committee members say the government appears to have already come to "pre-determined conclusions" about a debate commissioner and has not approached committee study of the idea "in good faith."

They note that the government didn't bother to wait for the committee's report before launching public consultations in January on how -- not if -- an independent debate commissioner or commission should work. Moreover, the government earmarked $6 million for operation of such a commissioner in last month's budget.

The Conservatives argue that the government is "setting up a collision course in the courts" over which leaders should get to participate in election debates.

"At the end of the day, the critical final decisions on party leaders' debates will be taken by judges -- not by the political parties, not by broadcasters and certainly not by the commission the Liberal majority is proposing," they say in the dissenting report.

That, combined with "the comical assertion that leaders' debates have a quality-control issue that will be fixed via de facto nationalization," led the Conservatives to conclude that they "simply cannot support this proposed new process."

Until 2015, there were typically one French and one English televised debates during each election campaign, organized by a consortium of broadcasters after negotiations with the major parties. That process was upended in 2015 when the Conservatives unilaterally announced that Stephen Harper would not participate in consortium-organized debates.

In the end, there were five debates organized by various media outlets, including one consortium-sponsored French debate. Critics argued that only a fraction of Canadians were reached by these debates, compared to the 14 million who tuned in to the two debates in 2011.