Senate to have special hearing on marijuana legalization 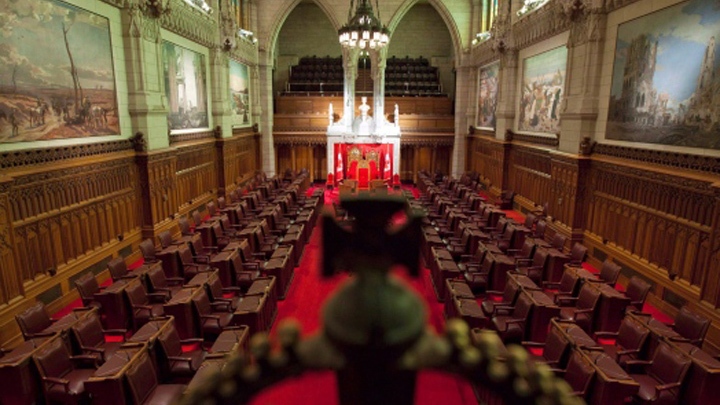 A Senate committee of the whole is a special proceeding that lets all senators meet at once to consider legislation or other often time-sensitive matter.

OTTAWA – The Senate is holding a special televised hearing to question the government's lead team on the marijuana bill as the countdown to legalization hits the five-month mark.

On Tuesday, the Senate will meet in a committee of the whole, to question the slate of Liberal ministers responsible for the major policy change proposed in Bill C-45.

The federal marijuana legalization legislation would allow adults in Canada to possess and use small amounts of recreational marijuana legally. It sets out the parameters around the production, possession, safety standards, distribution, and sale of marijuana. It also creates new Criminal Code offences for selling marijuana to minors. The proposed federal law spells out that it will be illegal for anyone younger than 18 to buy pot, but is leaving it up to the provinces and territories to set a higher age.

A Senate committee of the whole is a special proceeding that lets all senators meet at once to consider legislation or other often time-sensitive matter.

The meeting will be televised, which is rare for the Upper Chamber, where proceedings are typically only viewable in-person, or via an audio feed.

"This is an attempt to ensure that on an issue of such importance to the Senate, we hear from ministers early. It is also an opportunity for Canadians to see the Senate in action on such an important bill,” said Government Representative in the Senate, Sen. Peter Harder in proposing the hearing.

The government has pledged to have a legal marijuana regime in place across Canada as of July 2018.

Government House Leader Bardish Chagger described the occasion in an interview with CTVNews.ca last week as "a two-way conversation,” to engage and inform the Senate as their study of the legislation continues.

This special hearing is in addition to the second reading debate underway in the Senate, and comes ahead of the Senate committee study.