Business in the Senate to suspend three senators without pay will resume in the Upper Chamber Monday. This follows a dramatic week that saw three former members of the Conservative caucus -- Mike Duffy, Pamela Wallin and Patrick Brazeau -- make impassioned speeches in the senate and outside,  alleging 'backroom deals', threats of expulsion and personal vendettas.

Key moments in the Ottawa story this past week:

In his defence, Duffy tells the Senate he was ordered by the Prime Minister himself to repay the $90,000 in expenses, regardless of whether they were proper or improper claims.

"The prime minister wasn't interested in explanations or the truth," Duffy said of a February meeting he had with Harper and Wright. 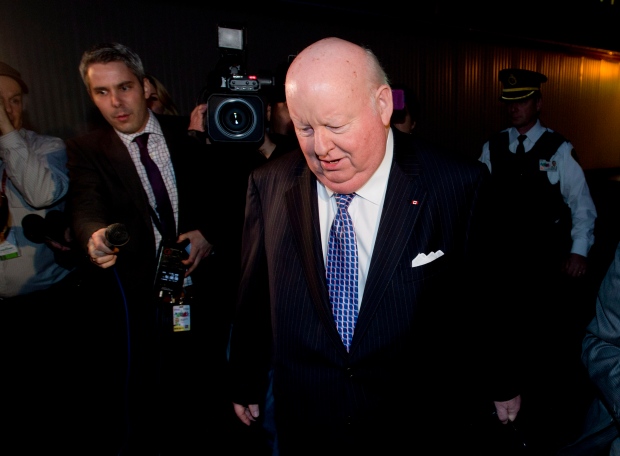 In an appeal for due process, Wallin tells the Senate that professional jealously is behind an attempt to discredit her.

Wallin accuses two Senate colleagues of having "personal vendettas" against her, and asserted that the motion to suspend her from the upper chamber without pay is "baseless and premature."

In the House of Commons, Harper denies Duffy's claims, saying he did not threaten him with expulsion. However, Harper does confirm that he told Duffy to repay the expenses. 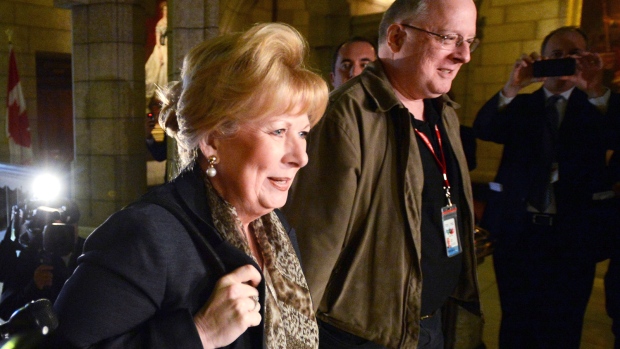 Harper says "very few people" were aware of the Duffy-Wright deal. His comments mark a shift from previous statements in which the Prime Minister asserted that the decision to make the $90,000 payment to Duffy was "not communicated to me or to members of my office."

CTV News sources have said at least 13 Conservatives insiders were aware of the deal.

Brazeau said he was offered a "backroom deal" in which he would receive a lighter punishment if he apologized to Canadians for allegedly filing improper expense claims.

He said the offer came during a discussion with Conservative Sen. Claude Carignan, the government leader in the Senate.

Brazeau said he rejected the offer and maintains that he's done nothing wrong. 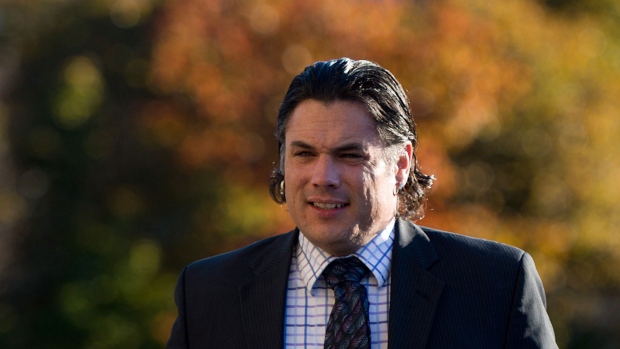 Carignan said Brazeau misunderstood him, and that he was only suggesting Brazeau propose something in the Senate chamber.

Meanwhile, Harper tells Newstalk 1010 the Senate doesn't have to wait to find out if the RCMP will lay criminal charges against the former Conservative senators in order to take disciplinary action against them.

"There is absolutely no doubt what these three senators did," he said. "These senators, in some cases, have collected literally up to six figures in ineligible expenses and did so willingly over a long period of time." 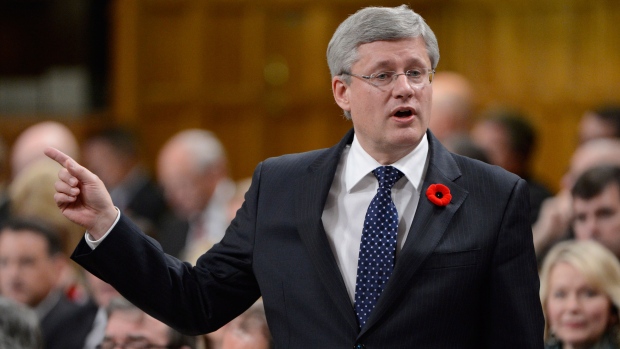 The Prime Minister's Office responds to media reports that Carignan is open to amendments to the suspension motions. Harper's spokesperson Jason MacDonald says the Senators in question have already been found to have claimed ineligible expenses in an independent audit.

"It's the Prime Minister's view, therefore, that they shouldn't be collecting a public paycheque," he said, noting that Harper strongly supports the Senate's suspension motion.

The Senate's Conservative caucus is expected to meet at 1 p.m. ET to debate the motions and consider alternative punishments for the three senators facing suspension without pay.

Former government Senate leader Marjory LeBreton tells CTV's Canada AM she fully expects the motions to "survive as they are."

The Senate will reconvene at 2 p.m. ET

Senators are expected to debate a closure motion this week that would end debate on the suspensions and push a vote on the matter.

Tory Sen. Yonah Martin presented a motion that would see the current motions on the proposed suspensions converted into government business, which would limit how long the debate can continue.

A vote on Martin’s motion could happen on Monday or Tuesday, while votes on the suspension motions could happen as early as Wednesday -- just before the annual Conservative convention that is scheduled to start in Calgary on Oct. 31.

A number of Conservative senators have indicated they don’t feel comfortable supporting the suspension motion – including Don Plett, former president of the Conservative Party, and Hugh Segal.

Tory MP Peter Goldring has also weighed in on the issue, saying he wants Canada's Governor General to disallow the motions.

"It shows there are some cracks starting to show in the Conservative caucus," Annie Bergeron-Oliver of iPolitics.ca told CTV News Channel on Saturday.

Besides the three motions of suspension, there is a motion from Liberal Senate leader James Cowan to refer the suspension issue to a special committee for further study.

Cowan says the three senators should be able to present their cases with legal counsel during public hearings.