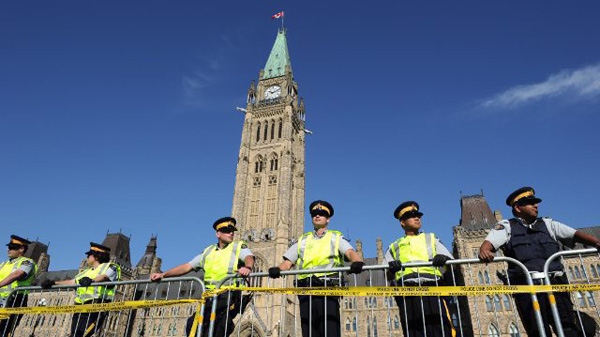 OTTAWA – In 18 months, Canada is set to have its first federal plan to address post-traumatic stress disorder, after a private member's bill passed the Senate Thursday.

Bill C-211, sponsored by Conservative B.C. MP Todd Doherty, aims to curb what he calls an "epidemic" of suicides among people who have PTSD.

The bill requires the federal government to work alongside the provinces and territories, and members of the medical community, to create a federal framework to fully address post-traumatic stress disorder, from recognizing symptoms to treatment.

While the framework will apply generally, Doherty's inspiration for the bill was the paramedics, police officers, nurses, firefighters, military members, corrections officers, and RCMP who deal with PTSD as a result of their jobs.

"It is bittersweet. Today is a good day, but there are a lot of men and women that have lost their lives, and today we send a message that we, collectively, we are going to fight for those who fight for us," Doherty said.

He said numerous lives have been lost since his bill was first introduced, but in the last week alone, he's aware of four first responders who died by suicide.

First tabled in January 2016, it passed the House last spring with all-party backing, and spent just under a year in the Senate before passing its final vote this afternoon. Royal Assent could happen as soon as this evening. Once it receives Royal Assent, it becomes law.

Under the bill, Federal Health Minister Ginette Petitpas Taylor has to call a conference between her federal defence, veterans affairs, and public safety counterparts, alongside other stakeholders, within a year of the bill becoming law. Six months from then, the health minister has to report to Parliament with the official plan.

The aim of the framework will be to have consistent resources available across the country.

"Whether you’re a paramedic serving in Quebec, or a police officer serving in Vancouver, you have the resources you need, when you need it and wherever you need it," he said.

After the bill passed, Doherty said he left a phone message with Public Safety Minister Ralph Goodale saying he’s ready to help see this strategy through.

Doherty, who has his own personal health struggles this past year, said he's feeling much better, but the lingering stress he’s carried with him is seeing his bill pass.

"You can't talk to or meet with the hundreds if not thousands of people that we’ve met with over the last two years regarding C-211 and post-traumatic stress disorder, that it doesn’t have an emotional impact on you," he said. "So the pressure, it’s not lifted, but it’s shifted."

The bill was one of two private members’ bills passed by the Senate Thursday, the other was Bill C-309, Gender Equality Week Act. From Liberal MP Sven Spengemann, it designates the fourth week in September in each and every year as “Gender Equality Week.”