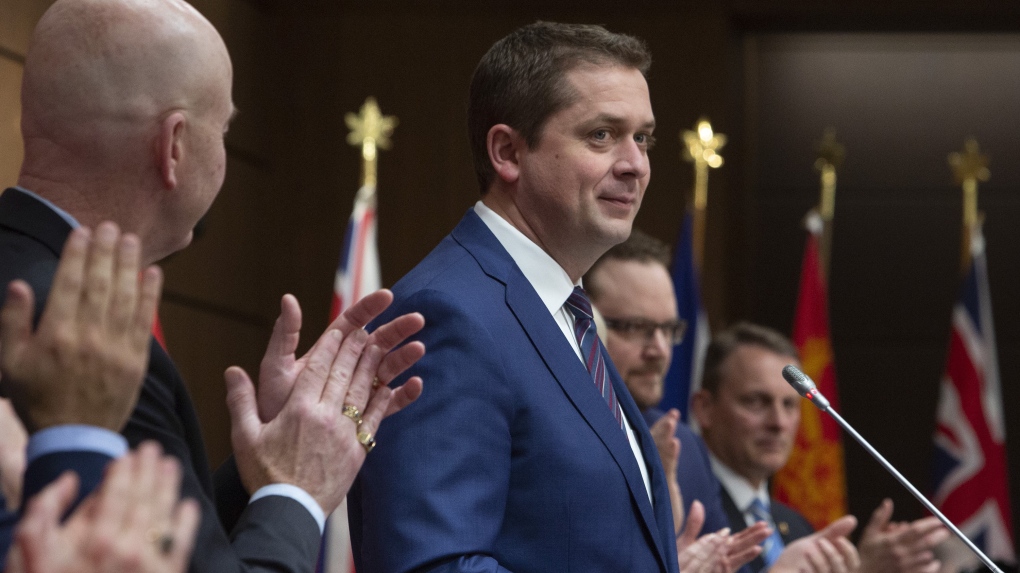 Conservative Leader Andrew Scheer receives a standing ovation as he addresses the Conservative caucus on Parliament Hill in Ottawa on Sunday, Jan. 27, 2019. THE CANADIAN PRESS/Fred Chartrand

That's the Conservative leader's rallying cry as he revs up his troops for the last sitting of Parliament before an election this fall.

In a speech to his caucus and nominated candidates, Scheer warns that Canadians will wind up paying more taxes if they re-elect Trudeau's government.

He points to the carbon tax of $20 per tonne of carbon emissions that went into effect this year and is slated to rise by $10 a year until it reaches $50 per tonne by 2022.

But beyond that, Scheer says Trudeau's "never-ending deficits" will force a re-elected Liberal government to raise other taxes.

The focus on what Conservatives consider the Liberals' fiscal failures is to be front and centre Monday when Parliament resumes business after a lengthy Christmas break.