Scheer to discuss his 'vision' for Canada in series of speeches 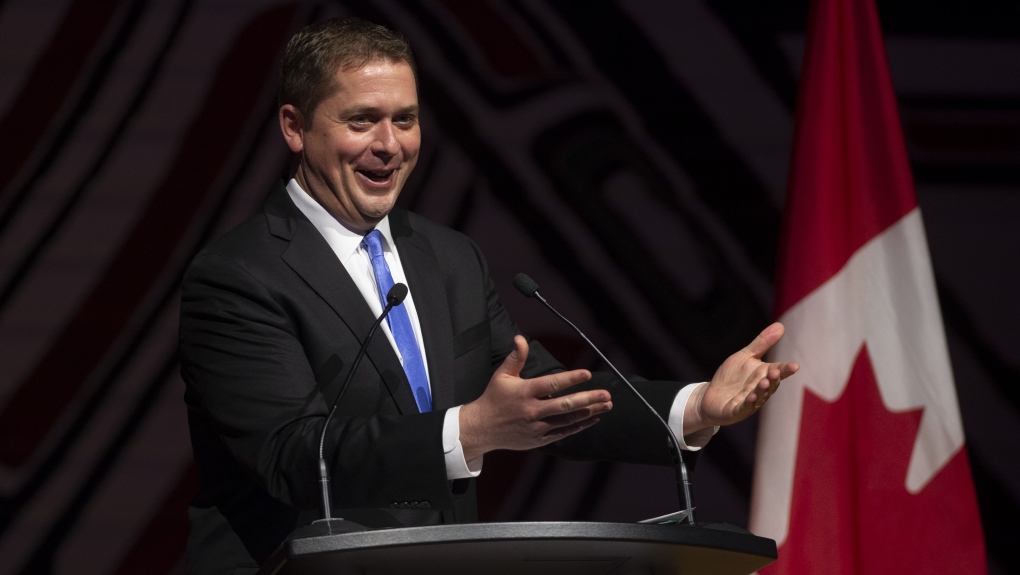 Leader of the Opposition Andrew Scheer gestures as he jokes during his speech at the annual Press Gallery dinner in Gatineau, Que., Saturday, May 4, 2019. THE CANADIAN PRESS/Adrian Wyld

OTTAWA – With less than 25 weeks until the federal election, Conservative Leader Andrew Scheer has planned a series of keynote speeches in which he is set to broadly discuss his policy ideas for Canada.

Up first will be a speech in Montreal on Tuesday, about foreign policy and defence. Then he will be in Toronto speaking to a crowd at an Economic Club of Canada luncheon about his plans for the economy.

The other topics Scheer will be speaking about over the coming weeks: immigration, confederation and intergovernmental relations, and environment and climate change.

It is not expected that each of these speeches will be packed with specific policy plans, but more of a general overview of his position and approach on what are often the core issues in federal campaigns.

Though, his speech on the environment will be closely watched by all sides on Parliament Hill, as it's yet to be seen what Scheer's approach to climate change will be, after promising and later walking back a pledge to present a plan that meets the Paris targets without a carbon tax.

He has promised that his plan will be presented before the end of this Parliament.

Scheer has been the leader of the federal Conservatives for two years and has focused most of his commentary on criticizing and challenging Prime Minister Justin Trudeau, though some smaller campaign commitments have been made, such as creating a single tax return for Quebecers, and removing the GST from home heating and energy bills.

With the clock ticking down to when the 2019 election campaign will be in full swing, it appears that Scheer will be making a pivot from presenting himself and his party as the opposition, to the alternative in a race that currently has the Conservatives outpacing the governing Liberals in some opinion polls.

The party has set up a dedicated website where each of the speeches will be viewable, with pages dedicated to each of these five topics.

"We should be a principled force for peace and freedom on the world stage, a disciplined protector of tax dollars here at home, a welcoming land of refuge for the world’s persecuted and afflicted, a proud champion for clean Canadian technology, and a model of clear roles and responsibilities between levels of government," says a statement from Scheer posted on the page.