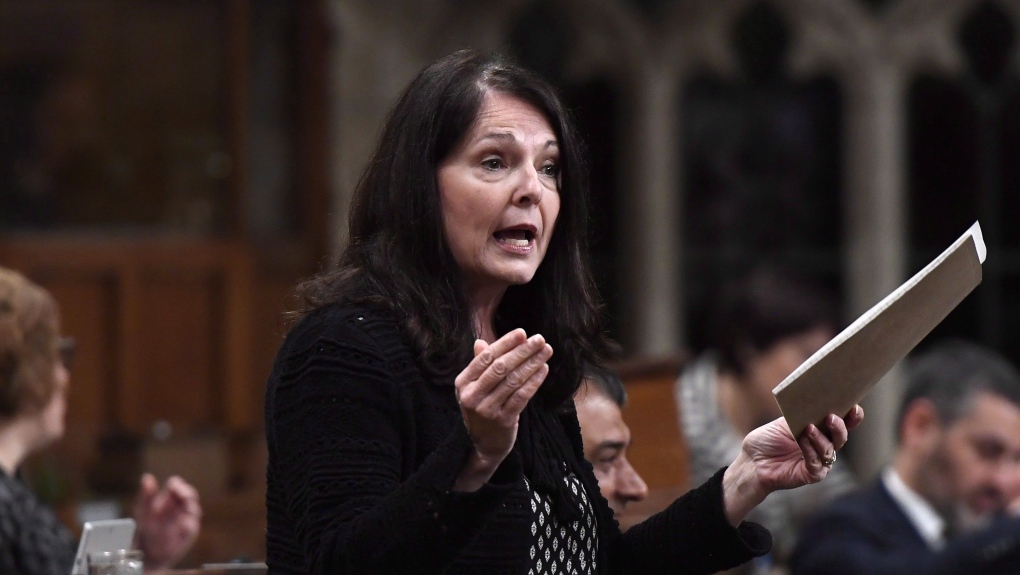 Conservative MP Cathay Wagantall asks a question during Question Period in the House of Commons on Parliament Hill in Ottawa on Friday, May 4, 2018. THE CANADIAN PRESS/Justin Tang

OTTAWA -- Conservative Leader Andrew Scheer appears to be backtracking on a campaign commitment to stop efforts to reopen the abortion debate, with a Conservative MP allowed to introduce a bill seeking to ban abortions for the purpose of choosing a child's sex.

"It is true that the majority of Canadians agree with having access to abortions," she said. "It is also true that 84 per cent of Canadians stand against sex-selection abortions."

There is evidence suggesting women in Canada are sometimes choosing to terminate pregnancies based on the fetus's sex.

A 2016 paper in the Canadian Medical Association Journal found in some communities, women who became pregnant after having an abortion were more likely to give birth to a boy, odds that rose even higher if the woman already had daughters. Using data from Ontario, the researchers found the correlation pronounced in women who had been born in India.

Similar findings have been reported elsewhere, with researchers noting while the data doesn't prove women terminated their pregnancies because of the sex of the fetus, it is a reasonable conclusion.

Past efforts to debate the issue in Parliament have failed.

In 2013, a Conservative motion condemning the practice was blocked and the Conservative prime minister of the day, Stephen Harper, barred the MP sponsoring it from discussing the matter in the Commons. Harper's move was linked to his repeated declarations that he wouldn't allow the abortion debate to be re-opened.

How Scheer would handle similar issues was a persistent question put to him during the election campaign.

It took weeks before he acknowledged his own anti-abortion view, which he qualified by saying:

"I've also made the commitment that as leader of this party it is my responsibility to ensure that we do not re-open this debate, that we focus on issues that unite our party and unite Canadians. And that's exactly what I'll do and that's why I'll vote against measures that attempt to re-open this debate."

Asked Thursday how that statement squares with Wagantall's bill, a spokesman for Scheer said parliamentarians are free to bring forward business of their own choosing.

"As leader of the Conservatives, Mr. Scheer has always discouraged members of his caucus from introducing items that will open this debate," Simon Jefferies wrote.

Jefferies said Conservatives would be able to vote how they wished on the bill, but wouldn't say how Scheer himself would vote.

"Like the overwhelming majority of Canadians, Mr. Scheer finds the practice of getting an abortion specifically to avoid having a baby girl abhorrent," Jefferies said.

Private members' bills are challenging to pass into law, but at minimum can be debated and a vote can take place on whether they get sent along the legislative path.

With the race to replace Scheer now underway, it is possible his successor will actually be the one steering the caucus through that debate.

Social issues have been an early flash point in the race, in part thanks to the fact that Scheer's own views and challenges articulating them were perceived to have cost his party support last fall. Amid mounting criticism of how he handled that and other issues, he announced in December he'll step down once his replacement his chosen.

The deadline to register as a candidate in the leadership race is 5 p.m. Thursday.

O'Toole's spokesperson was unable to answer the question.