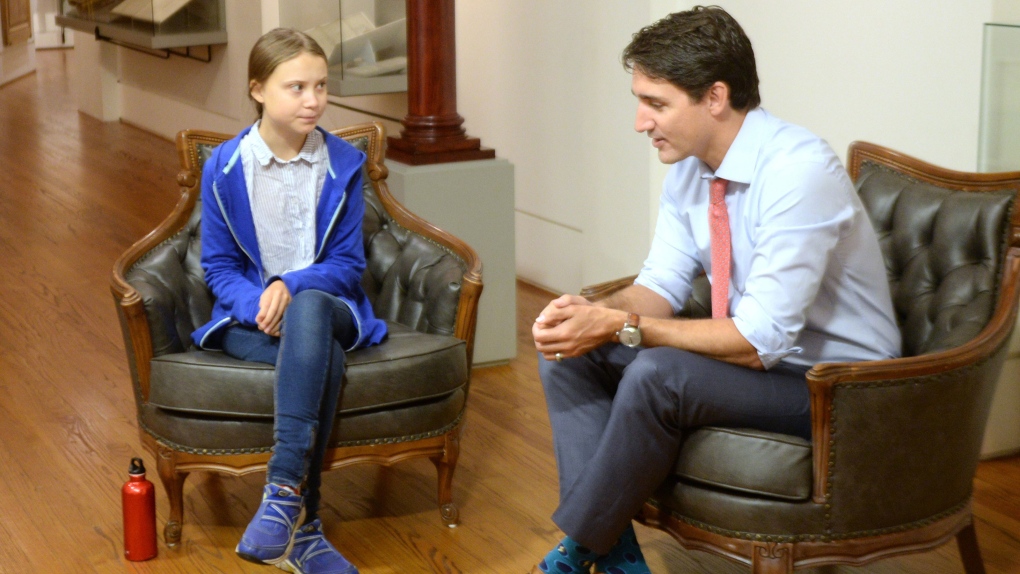 TORONTO -- Russian pranksters known for duping world leaders and celebrities caught Prime Minister Justin Trudeau in a prank call almost a year ago with someone pretending to be Greta Thunberg.

In an 11-minute recording of the phone call posted this week on YouTube, a prankster pretending to be the Swedish environmental activist asked Trudeau about a Third World War, Donald Trump, Prince Harry and wife Meghan, the Duchess of Sussex.

In a statement to CTV News, the Prime Minister’s Office said Tuesday the pranksters had requested the call at a time when world leaders were calling Trudeau to express condolences for the 85 Canadians and permanent residents who were killed on the Ukrainian airlines flight that was shot down in Iran back in January.

“This is not the first prank call of a world leader,” Trudeau’s office wrote in the statement. “The Prime Minister determined the call was fake and promptly ended it.”

In the past, the pranksters known as Vovan and Lexus have also spoken with Prince Harry, Kamala Harris, Bernie Sanders, Billie Eilish, Monica Lewinsky and Billy Porter. Their YouTube channel has amassed more than 111,000 subscribers.