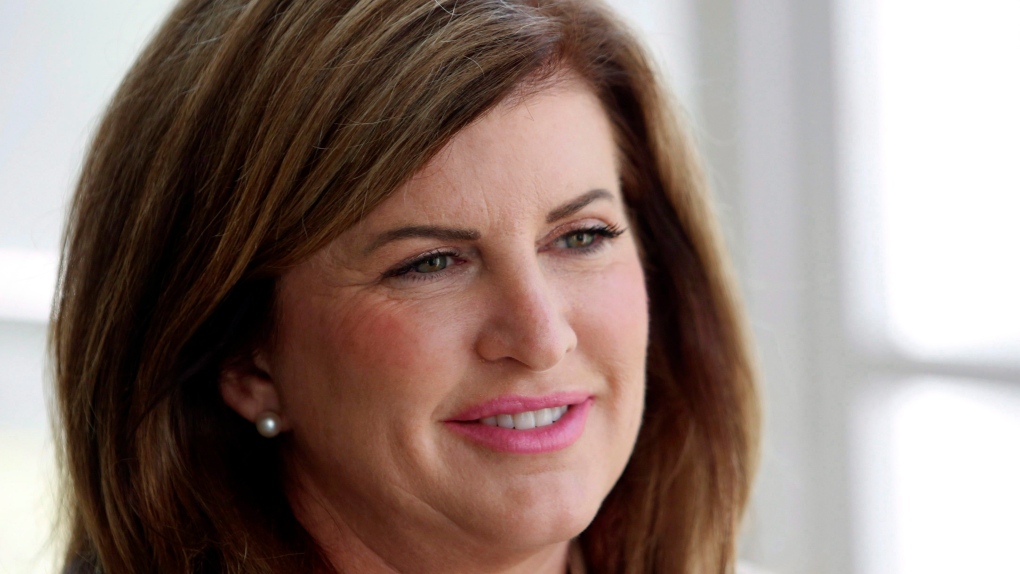 Conservative Interim Leader Rona Ambrose is shown during an interview with The Canadian Press in Ottawa, May 18, 2017. (Fred Chartrand/THE CANADIAN PRESS)

MONTREAL -- The concept of "western alienation" is real and dangerous, and people in the region feel as though their aspirations aren't in line with those in the rest of Canada, Rona Ambrose said Tuesday.

"We have a population in Alberta feeling as though their goals aren't part of the federation's goals -- it's dangerous," the former interim Tory leader told an audience in Montreal as they celebrated the opening of a new school of public policy at McGill University.

She said one incident that recently provoked sentiments of alienation in Western Canada was the rejoicing of politicians in Quebec -- notably outgoing Montreal mayor Denis Coderre -- to news that TransCanada was abandoning its Energy East pipeline project.

She added the ill-fated plan to ship Alberta crude through Quebec to a port in New Brunswick for refining and sale overseas represented "hope" for Albertans, who have been suffering economically since the price of oil fell several years ago.

Ambrose cited opposition inside neighbouring British Columbia to the Kinder Morgan Trans Mountain pipeline expansion as another factor leading western Canadians to question their place in the country.

"Over a short time frame, (opposition to energy projects) has become a political issue on the ground," said Ambrose, who spent 13 years representing citizens in Alberta at the federal level and served as interim Conservative leader.

"It's getting easy to stir up feelings of alienation -- it's not good for the federation."

She said the idea that western Canadians, especially Albertans, are increasingly feeling out of place inside the vision of Canada put forward by the current federal government "is very real."

Prime Minister Justin Trudeau has been criticized for lacking enthusiasm for getting Canada's oil and gas resources to market.

The Conservatives blame Trudeau's government for the failure of Energy East while Ottawa says the company's decision to cancel the project was due to business considerations.

Hard feelings in Western Canada toward Ottawa were summed up recently by Saskatchewan Premier Brad Wall:

"(Trudeau's) actions and his government's actions may well have some westerners wondering if this country really values Western Canada, the resources we have, and the things we do to contribute to the national economy and to quality of life for all," he said.

Ambrose was among several prominent Canadians on hand to celebrate the opening of a school of public policy made possible by a $10-million donation by the Max Bell Foundation.

Former prime minister Paul Martin as well as Michael Sabia, president and CEO of the Caisse de depot et placement du Quebec, were among those who spoke at the event.

Ambrose retired from politics last summer and is now a Global Fellow for the Woodrow Wilson International Center for Scholars, which is based in Washington, D.C.