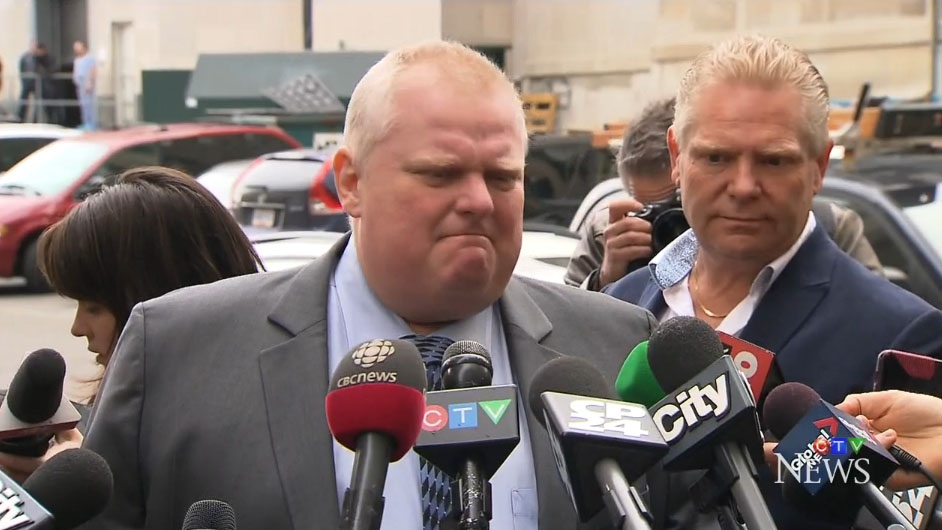 Councillor Rob Ford told reporters Thursday afternoon that surgeons will proceed with removing a tumour from his abdomen.

Ford says the tumour did not shrink has much as they had hoped but doctors will still proceed with the surgery.

Ford said there will be four surgeons assisting with the procedure that is scheduled for May 11.

Ford, 45, was diagnosed with a rare and aggressive form of soft-tissue cancer in September.

At the time, a doctor at Mount Sinai Hospital told reporters Ford had a tumour in his abdomen that measured 12 centimetres by 12 centimetres.

The former mayor, now the Ward 2 councillor, underwent several rounds of chemotherapy as treatment for pleomorphic liposarcoma, and told reporters in December that it had shrunk in half.

"It's like a fight. I've given it everything I've got and now it's up to the surgeons to tell me where we go from here," Ford said before heading into the hospital to learn the results.