Two suspended Liberal MPs accused of sexual misconduct will not be allowed back into caucus, after a report on the allegations included complaints from more women, CTV News has learned. 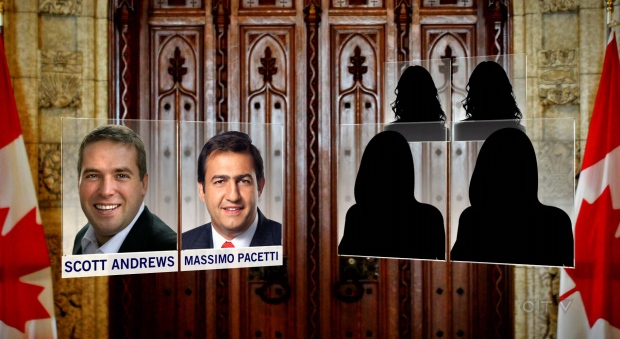 Sources say that investigation now includes complaints from other women. Petersen’s report, now in the hands of a small group of Liberals, does not paint a flattering picture of Pacetti and Andrews’ behaviour, both on and off Parliament Hill, sources told CTV’s Ottawa Bureau Chief Robert Fife.

CTV News has learned that Pacetti, who represents the Quebec riding of Saint-Leonard-Saint-Michel, will leave federal politics altogether. He has told close friends that he wants to “put his family back together” and get on with his life.

Andrews, however, is expected to challenge Petersen’s findings and run again as an independent in his Newfoundland riding of Avalon, sources say.

The two NDP MPs who made the accusations against Pacetti and Andrews have chosen to remain unnamed.

One of the women, however, has detailed an alleged incident at a downtown Ottawa hotel room, where she said Pacetti asked her to join him for a drink last March. She said she intended to finish her drink and leave, but wasn’t able to. The woman described what happened as “sex without explicit consent,” but didn’t elaborate on what exactly that allegation meant. 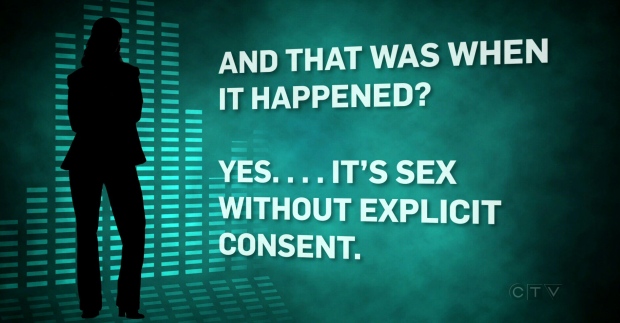 Another NDP MP told Liberal Party whip Judy Foote that Andrews allegedly forced himself on her, then verbally harassed her for a period of time. Sources say she refused to co-operate with the investigation.

Both Pacetti and Andrews have co-operated and have denied all allegations of improper behaviour. None of the allegations has been proven in a court of law.

The two men are expected to receive copies of Petersen’s report Wednesday.

With a report from CTV’s Ottawa Bureau Chief Robert Fife