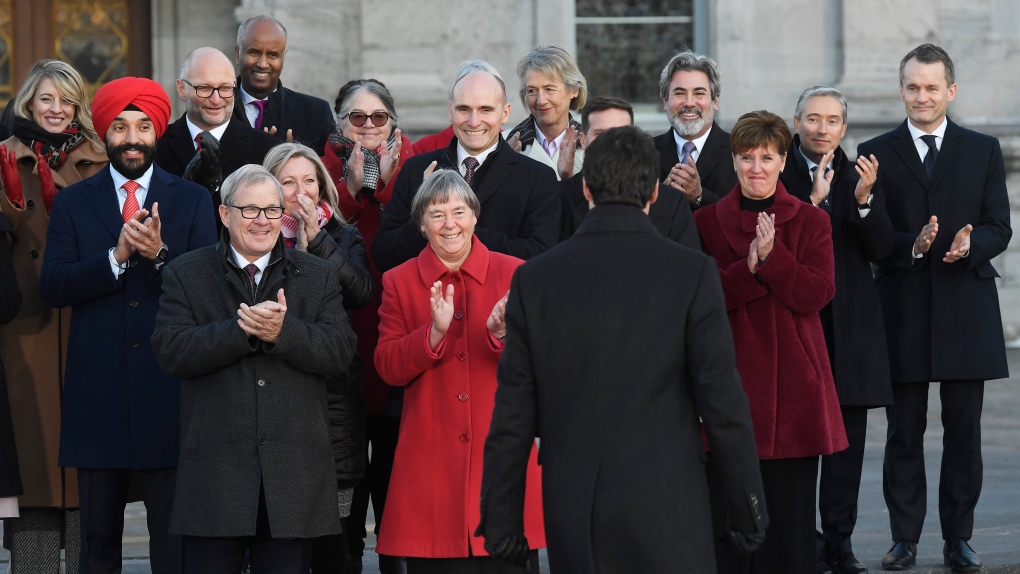 OTTAWA -- On Nov. 20, Prime Minister Justin Trudeau announced his new roster of ministers. As it was in 2015 when he made history appointing Canada’s first gender balanced federal cabinet, there are once again an equal number of men and women around the key decision-making table, not counting Trudeau.

Some critics have questioned whether the prime minister’s appointments are truly equitable, noting that the majority of the more meaty cabinet portfolios were assigned to, or maintained by men, including finance, foreign affairs, justice and public safety.

Though, in a press release praising that the cabinet remains gender balanced, Equal Voice – a national organization dedicated to electing more women to politics—pointed to portfolios like health, infrastructure, and employment that come with sizeable responsibilities, being led by women.

Here’s a full rundown of the cabinet roster, which includes 18 men and 18 women.

The Oct. 21 federal election exposed a regional divide that Prime Minister Justin Trudeau had to take into consideration when appointing his cabinet.

Unveiled on Nov. 20, the majority of the 37-member cabinet—Trudeau included—are MPs from Ontario and Quebec. There are four from British Columbia, one from Manitoba, and one from each of the Atlantic provinces.

The Liberals were electorally shut out of Alberta and Saskatchewan, losing the handful of seats they held in those two provinces. As a result Trudeau had to get a little creative in how these provinces are represented at the cabinet table.

And below, CTVNews.ca has compiled some facts and biographical information about each member of cabinet.