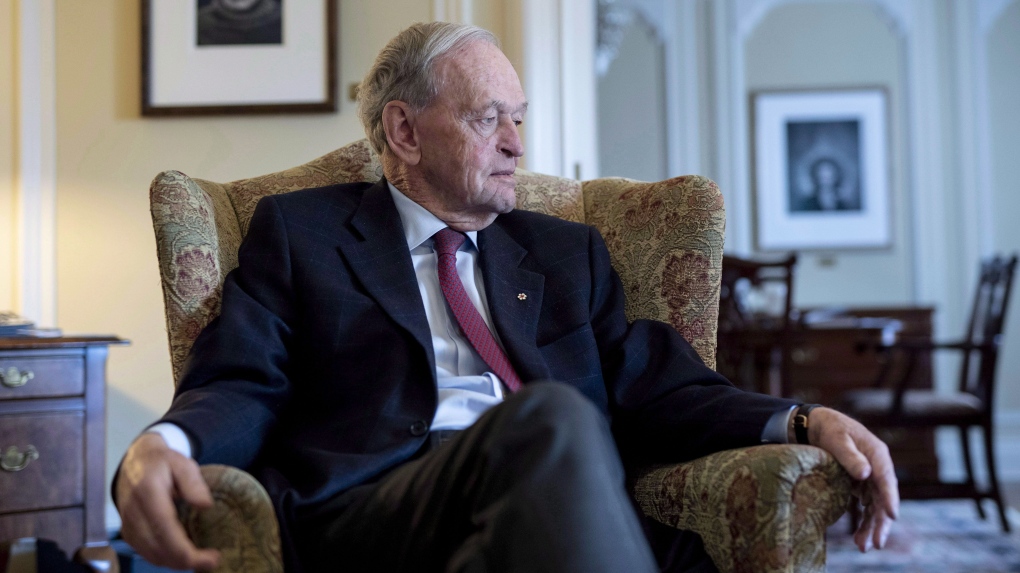 HALIFAX -- Nova Scotia's premier says the RCMP has found no evidence that former prime minister Jean Chretien carried out illegal lobbying during a visit to his Halifax office last year.

Stephen McNeil said a complaint that Chretien carried out lobbying on behalf of a proposed container port in Cape Breton had been investigated and dropped, citing a news release Wednesday from the Mounties.

The Mounties declined to confirm if Chretien was the unidentified subject of their news release.

The release said police "began an investigation which determined there was no evidence of lobbying and the investigation concluded without charges."

McNeil told reporters at the legislature that the findings are clear.

"I went through the (police) interview and the RCMP have confirmed it," he said.

"They went through a number of questions with me. ...I have all the faith of law enforcement in the province to follow all the complaints that brought forward to them."

"They followed this one through and confirmed no lobbying had taken place."

Retired union activist John McCracken launched a complaint last year to the RCMP, alleging the former politician should have registered under the provincial Lobbyists Act before visiting the premier.

At the time of the March 21, 2018, meeting, Chretien was an international adviser to Sydney Harbour Investment Partners, which was seeking investor support for the Cape Breton container port project.

The day before the meeting, Chretien had attended a conference in Sydney and told reporters about his role as an international adviser to the group.

When a Cape Breton Post reporter asked Chretien how he'd market the Sydney container port to the premier, the former prime minister said he felt the premier would be in favour of a provincewide approach to container ports.

The provincial Liberal government has been cautious about the Sydney proposal, as a 2016 study prepared for the province and the federal Atlantic Canada Opportunities Agency recommended against public money for a terminal that would compete against the Halifax port.

As the interview continued, Chretien was asked if the province should invest money in the container port proposal, and he replied: "I hope so."

According to the registrar of lobbyists, the former prime minister was not a registered lobbyist at the time of his visit, and she sent him a letter at the time informing about requirements of the act.

McCracken said the RCMP's lead investigator told him that in order to proceed further, one of the three people at the meeting would have had to have provided evidence that lobbying occurred.

However, McNeil repeated his view that no lobbying occurred.

"We were working towards whether or not there are economic opportunities for the province and the region," he said.

"He (Chretien) often gets a chance to regale great stories about his time when he was in office when you're around him and often that's what you spend a lot of time talking about."

Aides to the former prime minister did not respond to emails asking for comment on the news release.

Tim Houston, the leader of the provincial Progressive Conservative Party, said the fact police had to become involved means the province's rules around lobbying need to be updated in order to provide more transparency.

"Nova Scotians should be able to know if somebody lobbied their government and what the topic was," said Houston.

"We shouldn't have to call the RCMP to see if that happened. It's silly that's what had to happen here."

"A registrar of lobbyists would have made an assessment here and made a judgment and everybody would have to follow it," said Burrill.

He said it's unclear what definition of lobbying police used.

"They (police) are offering an analysis of private conversations that took place," Burrill said. "On the basis of what evidence we don't know."