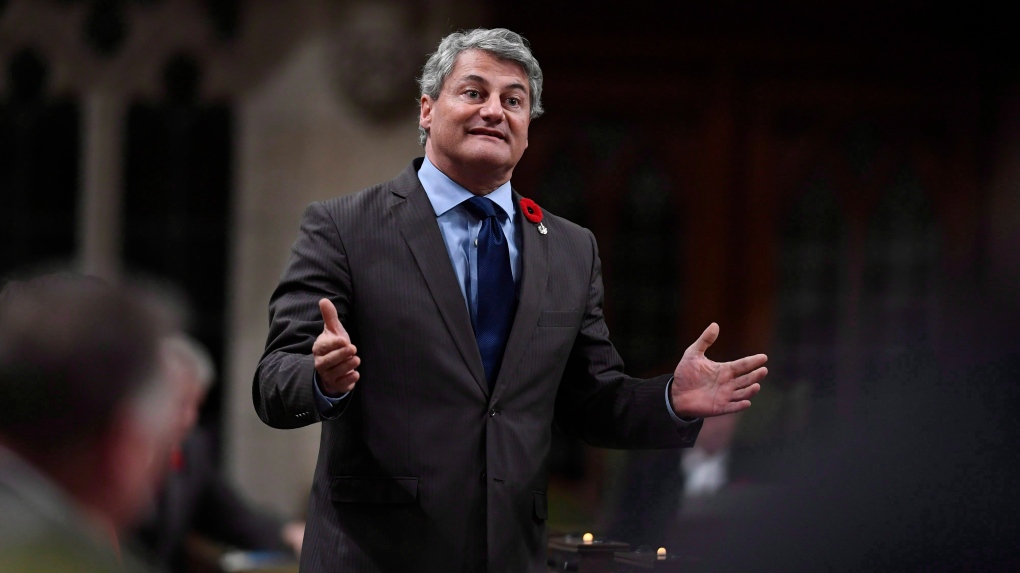 Conservative MP Gerard Deltell rises during Question Period in the House of Commons on Parliament Hill in Ottawa on Friday, Oct. 26, 2018. (THE CANADIAN PRESS / Justin Tang)

Deltell made the announcement on social media after a meeting with his riding association.

He says there are other ways for him to remain involved in the party and he intends to contribute in another capacity.

Deltell is one of the more prominent Quebec MPs in the Conservative caucus, and an endorsement from him would be valuable to any of the candidates.

So far, current MP Marilyn Gladu and former Conservative cabinet minister Peter MacKay are among those who've officially declared they will run.

Those still mulling over a bid include another well-known Quebec politician: former provincial premier Jean Charest.

He's been meeting with Conservative party members for weeks to see if he has enough national support to mount a bid.

Conservative MPs and senators are holding a meeting next weekend to prepare for the return of Parliament, and it's expected that several candidates will announce, one way or another, their intentions by then.

Current leader Andrew Scheer - who will resign when his replacement is elected - is expected to put in place several rules for MPs who are running for leadership.

They'll include guidelines on how much time they're expected to be in the House of Commons, and a requirement that they relinquish their posts as portfolio critics.

Deltell says he's looking forward to holding on to his file.

"As I have been doing with passion for over 11 years, I will continue working for the people of my riding, and I will diligently discharge my duties as Official Opposition critic for intergovernmental affairs," he wrote in a Facebook post Sunday.

He says he's also looking forward to getting ready for a new role: being a grandfather.

Candidates have until Feb. 27 to register to run in the race, and until March 25 to meet all the financial and other requirements.

Party members will elect a new leader in June.