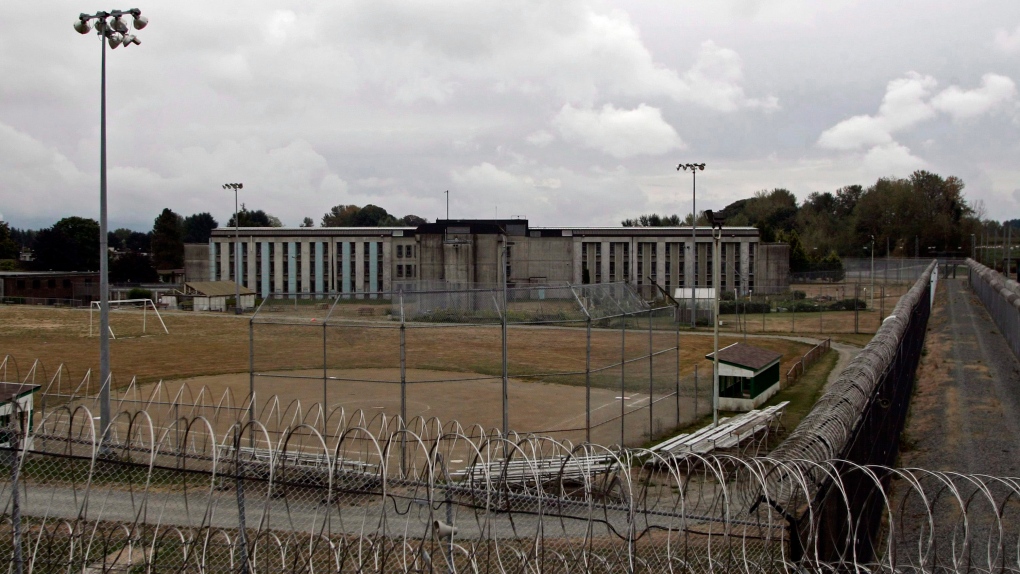 The Correctional Service of Canada's medium-security Matsqui prison in Abbotsford, B.C., is shown on Sept. 14, 2006. (THE CANADIAN PRESS/Richard Lam)

OTTAWA -- Canada's prison watchdog is raising concerns about the safety, rights and human dignity of prisoners in Canada's federal corrections system, issues he says stem from a workplace culture in the Correctional Service of Canada that has become "highly insular, inflexible and resistant to change."

Correctional investigator Ivan Zinger tabled his annual report in Parliament Tuesday, detailing what he calls entrenched and ingrained habits that have become barriers to reform.

He included three case studies in his report to highlight his concerns, which focus on two maximum-security institutions for men, while also shining a light on a number of ongoing concerns about security, safety and human rights issues for vulnerable prisoners across the correctional system.

"A professional culture that has grown wary and resistant to change, a practice steeped in a tired and worn belief that 'this is the way we do things here,' are holding the service back from being the best it can be," Zinger writes in his report.

In his look at the Edmonton Institution, Zinger says a "culture of impunity" exists among the correctional staff. He details a series of "degrading and humiliating" inmate-on-inmate assaults that occurred between August and October 2018 -- incidents where staff and management tolerated bullying, harassment and assaults directed by a number of inmate groups against a sub-population of "protected status" offenders.

The incidents involve attacks by inmate aggressors, which included throwing food, bodily fluids and garbage at protected status offenders. Photos and videos showed the aggressors taking time to plan these assaults, waiting until correctional staff had moved out of the way before attacking.

"The repeated and orchestrated nature of these incidents suggests those who committed them did so with relative impunity," Zinger writes in his report.

Senior managers were made aware of these incidents but months went by with no disciplinary action -- until, Zinger says, he sent video evidence to CSC commissioner Anne Kelly in November 2018.

Kelly is credited with taking "swift and decisive action," including suspending several staff, launching internal reviews and notifying the police.

But Zinger says the workplace culture that gave rise to these incidents is not isolated to the Edmonton Institution.

In his Atlantic Institution case study, Zinger also found a high number of inmate allegations of improper or excessive use of force, including over-reliance on pepper spray and high rates of segregation used at the facility.

He further found prison food to be substandard and inadequate -- concerns that have been flagged in previous probes by his office as well as by an internal audit.

Poor food in prisons can have unintended consequences, Zinger notes, pointing to a prison riot at the Saskatchewan Penitentiary in 2016 that had its roots in a protest among inmates upset at their meal quality and portion sizes. He's calling for an external audit of prison food.

Fixing a staff culture that is resistant to change is not in his mandate, Zinger says, but he is concerned staff misconduct is being allowed to "fester" and become normalized, which will mean prisoners are bound to suffer.

Public Safety Minister Bill Blair says he welcomes the investigator's 16 recommendations while also noting that CSC has "identified a path forward to address the many of the issues raised."

"Federal corrections is currently in a period of rapid transformation -- over the coming months and years, I expect the CSC and the OCI (office of the correctional investigator) to continue to work together to resolve correctional matters and ensure that we are serving all Canadians to the very best of our ability," Blair said in a statement.

Kelly, the corrections commissioner, outlined ways the service has been trying to modernize, including "major changes to CSC's operational environment."

But Zinger called CSC's responses to his concerns "mediocre."

"There are, obviously, some positive steps being taken, but overall I'm not convinced that it represents the level of urgency and effort required to address what is fundamentally a culture that has issues with endorsing change," Zinger told reporters.

"I'm very much mixed about this."