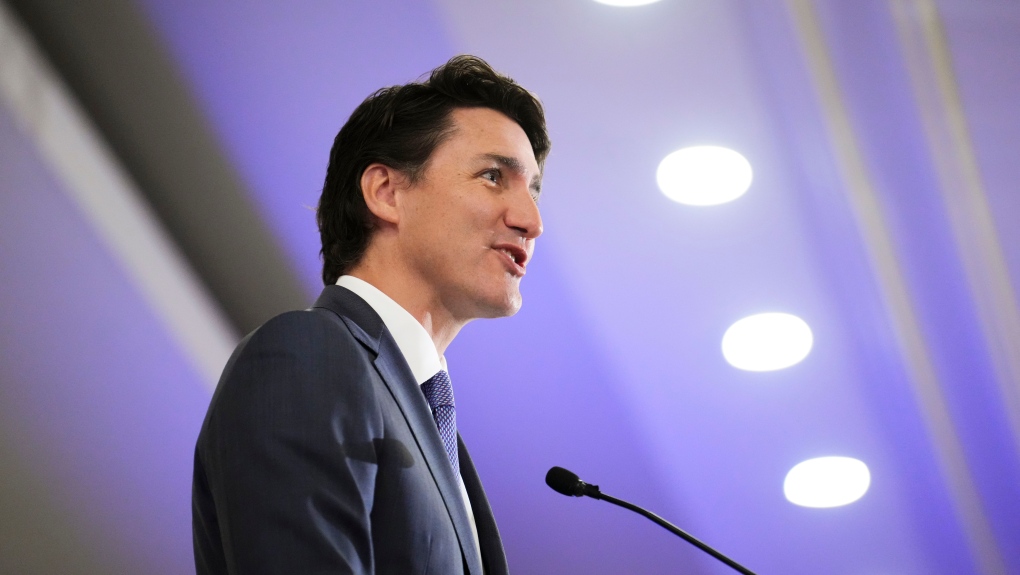 FILE - Prime Minister Justin Trudeau speaks during the National Prayer Breakfast of Canada in Ottawa on Tuesday, May 31, 2022. THE CANADIAN PRESS/Sean Kilpatrick

Prime Minister Justin Trudeau continued his summer politicking tour Thursday with a trip to Quebec's Gaspe Peninsula, where he visited a strawberry and rhubarb farm and toured two industrial facilities.

Trudeau visited the region as part of the summer meet and greets he began in July in other parts of Canada. A light rain fell as the prime minister strolled through a field where strawberries and rhubarb are grown at Ferme Bourdages, in St-Simeon, Que. Then he toured the farm's retail market and its winemaking facility.

The prime minister was given the tour by owners Pierre and Jean-Francois Bourdages. He was also joined by Diane Lebouthillier, minister of national revenue and MP for the area. The last time the prime minister was in Gaspe came when he was in full pre-campaign mode just one month before he called a federal election.

And his visit on Thursday was a couple of weeks away from a Quebec election where the future of French is sure to play a big role.

On Wednesday, new census data showed Gaspe to be the only region in the province where the share of people claiming French as their first language grew in the last five years.

Lebouthillier said the rise in French in the region is likely a consequence of the COVID-19 pandemic. More rural parts of Quebec recorded significant interprovincial migration, as Quebecers sought to leave the cities and settle in quieter parts of the province.

"There are more people who moved to Gaspe -- especially francophones -- so in my opinion, that's why we have more francophones here."

She said the region is also losing its young anglophones to English-speaking parts of the country, like Ontario, a population transfer she said is increasing the area's proportion of francophones.

Trudeau spent the afternoon touring two industrial facilities in New Richmond, Que. His first stop was at the headquarters of Fabrication Delta, a company that makes wind turbine towers and other large steel structures. Trudeau and company owner Eli Arsenault stopped to talk with staff who were cutting and welding large pieces of heavy steel.

Nearby, the prime minister toured GD Rail, a company that repairs and refurbishes railcars. The prime minister observed the work being done on two Via Rail Canada passenger cars. He stopped at various workstations and then posed for a group photo with workers.