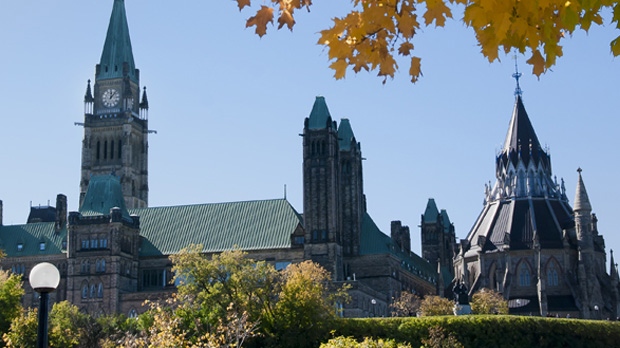 As parliamentarians head into post-budget week, all eyes will be on the Auditor General, who will release his spring report on Tuesday.

The court case for suspended senator Mike Duffy resumes Monday. Duffy's lawyer Donald Bayne will continue his cross examination of Nicole Proulx, who used to oversee the Senate's finance directorate. The court is also expecting to hear this week from Duffy's good friend Gerry Donohue, about contracts that have been central to the trial so far. Donohue did not testify last week due to health problems.

Nearly a week after the tabling of the 2015 federal budget, the post-budget circuit will continue Monday. In a speech to Fredericton's Chamber of Commerce, Minister of State for the Atlantic Canada Opportunities Agency Rob Moore will highlight key measures from last week's budget.

A Senate committee will continue its review of the government's anti-terror bill, C-51, with an appearance from Richard Fadden, Prime Minister Stephen Harper's national security advisor.

And Justice Minister Peter MacKay will appear before the House of Commons Justice committee to answer questions about Bill C-35, named Quanto's Law after a police service dog was killed in action.

The Auditor General of Canada will table his Spring Report on Tuesday. The eight-chapter report will review issues including access to health services for remote First Nations communities in Manitoba and Ontario, and the work of the military ombudsman's office.

Bank of Canada Governor Stephen Poloz will appear before the House finance committee to report on the central bank's monetary policy. He will be followed by Parliamentary Budget Officer Jean-Denis Frechette, who will answer questions on the economic and fiscal outlook for the country.

Suspended senator Patrick Brazeau will appear before an Ottawa court on Friday, where a trial date for his Senate fraud and breach of trust case will be set.

Harper will travel to the Netherlands for the 70th anniversary of the Liberation of Holland events. His trip will span six days.