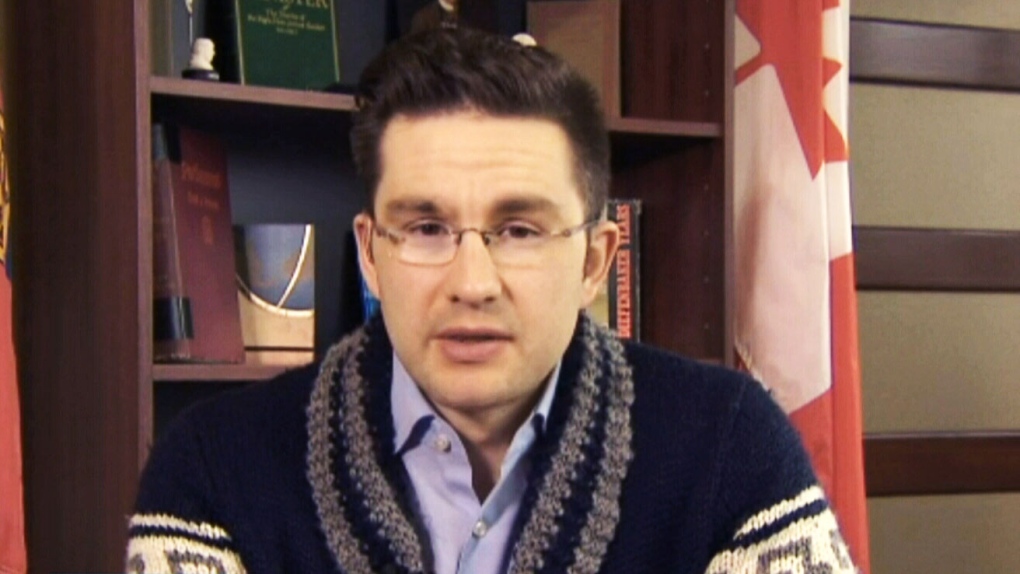 Poilievre made the comments on Tuesday, the same day a committee made of up of mostly Conservative members recommended nine changes to his Fair Elections Act, or Bill C-23.

But he added: "From the beginning I've said if there are good ideas that will make this great bill even better, then I am happy to hear them."

Poilievre described the bill, which proposes banning voter vouching at the polls and limiting the power of Elections Canada as a "reasoned, common sense bill that Canadians broadly support."

The Ottawa MP said he's happy the Senate committee has put forward recommendations and he plans to review them in the coming days.

The Senate committee’s interim report, tabled Tuesday, calls for the government to pull back on its plan to effectively muzzle the chief electoral officer and the elections commissioner.

Conservative Senator Donald Plett, who sits on the committee, said the CEO of Elections Canada made it clear during the committee hearings that he's not supportive of the changes proposed in the bill.

"I don't think we could have, quite frankly, introduced anything that he would have been supportive of," Plett said. "He believes that some of his powers have been taken away, so I think we need to take that into consideration when we think of what he said at committee."

Plett said Poilievre made it clear to senators that he will listen to suggestions that will improve the bill.

"Many of us thought we had a very good bill when we started, but as any piece of legislation, it needs some critiquing and maybe improving a little bit."

The committee also recommends that rules governing robocalls be beefed up and that new provisions that would make it easier for certain populations to vote be introduced.

It’s also suggesting the removal a provision that would potentially allow established parties to spend millions of dollars on soliciting donations during a campaign.

Under the provision, money spent to solicit donations from people who have given at least $20 over the previous five years would be exempt from campaign spending limits.

Former auditor general Sheila Fraser has said the provision would be an “unfair” advantage over new parties that have no past donors.

The committee is also asking for continued communication between the elections commissioner and the chief electoral officer.

Bill C-23 currently proposes that the elections commissioner -- who investigates alleged wrongdoing and enforces elections laws -- be split off from Elections Canada, which would separate the regulation and enforcement functions of the agency.

The senators also say both the chief election officer and the elections commissioner should be allowed to continue to speak publicly about problems in the electoral system.

However, the committee is not recommending any change to another controversial provision: a ban on voter cards.

Critics have said the ban could disenfranchise voters, including aboriginals and low-income Canadians, who might find it difficult to vote with other forms of identification.

Other recommended changes include:

Mulcair said the NDP will publicly approach certain Tory MPs and ask them to vote against the proposed overhaul of federal election rules, which would include banning voter vouching at the polls.

"We're actually going to start very structured work talking to Conservatives who are members of Parliament who we believe have an interest in showing to their constituents that they care about democracy," Mulcair said Tuesday in Toronto.

"If Mr. Harper is so sure that this is a good bill, he should allow a free vote of his MPs."

A House of Commons committee is expected to vote on the Fair Elections Act in late April.