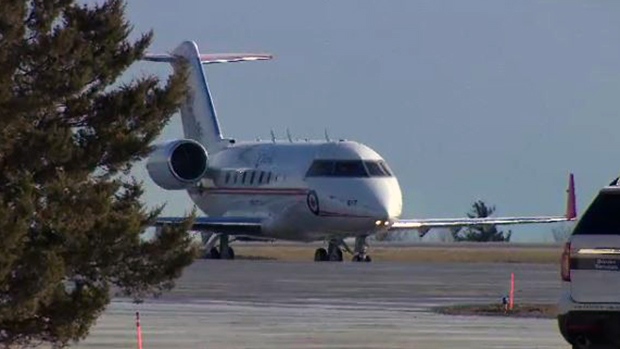 The use of a military jet for Prime Minister Justin Trudeau’s two-week family vacation on the Aga Khan’s private island pumped about as much carbon dioxide into the atmosphere as the average emitted per capita in Canada each year.

Trudeau’s use of the Challenger to fly his family and a nanny from Ottawa to Nassau, Bahamas over the New Year holiday and back consumed about 9,100 litres of jet fuel, according to the Department of National Defence.

Christopher Surgenor, who runs the environmental aviation website GreenAir, calculated that the trip would have therefore created about 23.3 tonnes of CO2 .

James Tansey, a University of British Columbia sustainability professor and co-founder of Offsetters.ca, estimated that it would have used about 19.9 tonnes.

Those amounts are approximately equivalent to the average emitted per Canadian in 2014, which was pegged at the equivalent to 20.6 tonnes of CO2 , according to Environment and Climate Change Canada. That per capita figure includes industrial emissions, of which the oil and gas sector was the number one contributor.

It’s also about seven times as much CO2 as the International Civil Aviation Organization’s emissions calculator shows six economy tickets on a flight from Ottawa to Nassau connecting in Toronto would burn: 2.94 tonnes (0.49 tonnes each). The Challenger flights had six passengers on board.

Surgenor notes that “Trudeau was a force for good in securing the global Paris climate change agreement.” But the prime minister has also faced mounting criticism from environmentalists over his support for expanding pipeline capacity from the Alberta oil sands. Just last week, Actress Jane Fonda called him a "disappointment" and warned against being “fooled by good-looking Liberals.”

NDP MP Dan Blaikie said that the prime minister “could buy offsets for his personal flight here, but he wouldn't need to, in this case, if he only took a moment to think about whether or not he should be accepting this gift of an exclusive vacation on a private island.”

Trudeau has been accused by both the Conservatives and NDP of breaching the Conflict of Interest Act when he accepted a private helicopter ride for the final leg of his trip to the Aga Khan’s island. Ethics commissioner Mary Dawson is looking into the use of the helicopter.

The Aga Khan -- an honourary Canadian and spiritual leader of the world’s Ismali Muslims -- has an eponymous foundation that receives millions in federal government funding. The prime minister has said that he’s known the Aga Khan his whole life and considers him a friend.

The Prime Minister’s Office did not respond to requests for comment about whether the carbon emitted for his vacation was justified or whether Trudeau purchased any offsets in connection with the trip.

Trudeau previously told CTV News that he reimbursed taxpayers for the equivalent of what it would have cost for flights to the Bahamas on a commercial jet.

It has long been standard practice for vacationing prime ministers to fly on a military jet with a crew on standby so that they can quickly return to Ottawa if required.

Tansey suggests the emissions could be offset in B.C.’s Great Bear Rainforest for a cost of about $497.

“By investing in clean technology, governments at all levels can help spur innovation that could ultimately reduce carbon emissions associated with air travel,” Kux said. “The first step is improving the fuel efficiency of current aircraft and the ultimate goal should be to transition the industry off fossil fuels entirely.”