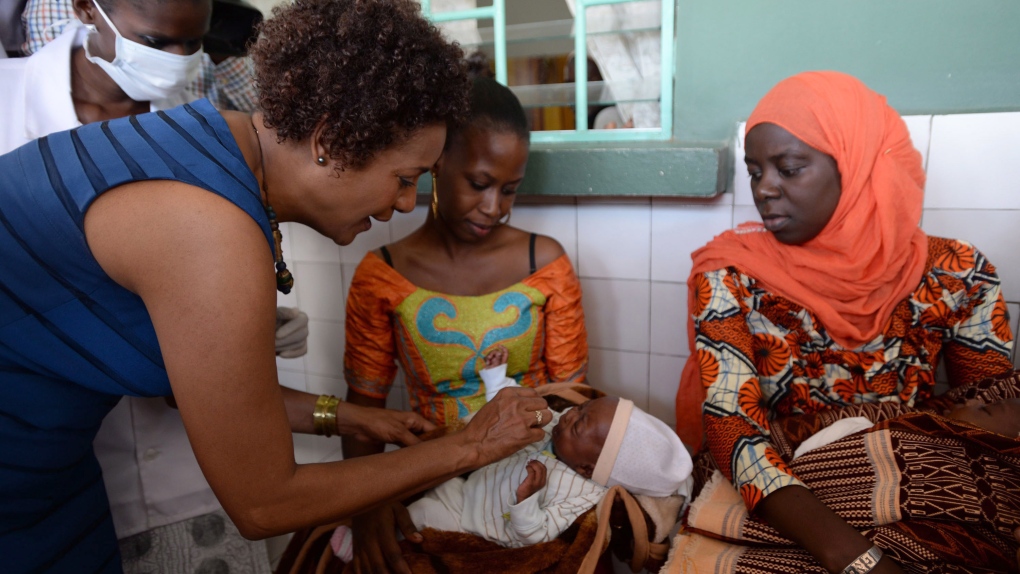 Former Governor General Michaelle Jean helps to administer a vaccine to fight rotavirus during an event at the Phillipe Maguilen Senghor's Health Centre in Dakar, Senegal on Nov. 28, 2014. (THE CANADIAN PRESS / Sean Kilpatrick)

DAKAR, Senegal -- Prime Minister Stephen Harper has announced Canada will donate $500 million to a program aimed at providing vaccines for children around the world.

Harper made the announcement today in Senegal, where he is attending this weekend's summit of la Francophonie.

The money is part of a $3.5-billion fund the Conservatives announced last May at a summit in Toronto.

Harper was accompanied today by the Senegalese prime minister, Mohammed Dionne, and by Dr. Seth Berkley, CEO of the GAVI Alliance, a global health partnership.

The alliance called last May for funds so it could immunize an additional 300 million children against a variety of diseases and save an estimated five to six million young lives.