PM offers to meet with Attawapiskat's chief in Ottawa 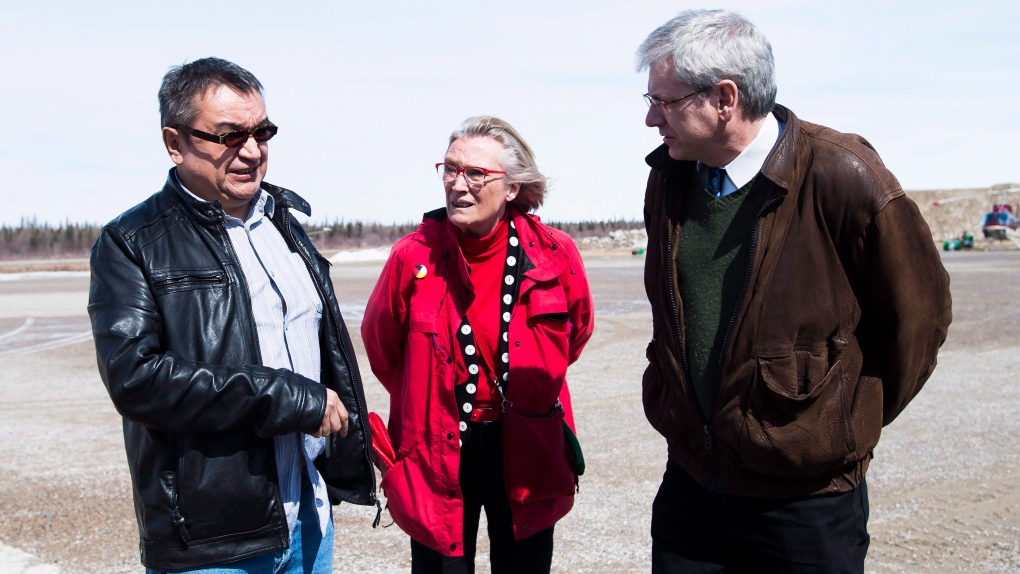 OTTAWA -- Amid political pressure, Prime Minister Justin Trudeau has sent a letter to the chief of Attawapiskat First Nation -- the beleaguered Ontario community that has made headlines around the globe due to its suicide crisis -- to offer a meeting in Ottawa.

Trudeau's letter comes after the reserve's chief and the New Democrat MP for the area, Charlie Angus, requested the prime minister reach out to the community as it continues to grapple with ongoing trauma and the lack of a permanent mental health worker.

"I am deeply concerned with the ongoing situation in your community and with the urgency and gravity of this situation in mind, I am unhesitatingly willing to accept your offer to meet," the letter said.

"I am agonized to see the number of suicide attempts by young people in Attawapiskat and I wish to express my sincere support for the families and community members who are affected by the situation."

The letter also noted the Prime Minister's Office will be in contact shortly to arrange a meeting in Ottawa and noted Health Minister Jane Philpott plans to visit the community.

"I stand with all of you as we work together to forge a durable solution for the youth in Attawapiskat and those around the country who face a similar struggle," it said.

The isolated, poverty-racked northern Ontario reserve made news around the world last month after it declared a state of emergency amid a spike in suicide attempts.

Trudeau's willingness to meet the chief is a positive gesture, Angus said, but he stressed that dialogue must be followed with action because young people in the community can't afford to wait any longer.

"Canada is being judged on the world stage right now for their inaction. This is the prime minister's moment to cease it and move beyond the photo-op and say 'We will make the change,"' Angus said in an interview.

"Lives are at stake. I don't know how else to put it."

Earlier on Thursday, Indigenous Affairs Minister Carolyn Bennett also faced questions at a Commons committee about the budget and the government's spending on aboriginal programs.

The Liberal government earmarked $8.4 billion in its fiscal blueprint for areas including education, reserve water and child and family services -- a figure that was billed as "historic" by Assembly of First Nations National Chief Perry Bellegarde.

The funding significantly ramps up in later years, with $801 million set to flow in the last year of the five-year period, which falls outside the Liberal mandate.

One of the most vocal critics in wake of the budget's release was Cindy Blackstock -- a social worker who spent nine years fighting the government on its underfunding of child welfare services on reserve that culminated in a landmark ruling in January.

Blackstock said the $71 million that is set to flow for child welfare this year falls far short of what is needed to close gap.

In fact, she pegs that figure at $200 million this year alone.

Last week, Blackstock said she was pleased to learn the Canadian Human Rights Tribunal moved to put the federal government on a short leash to ensure it will respond directly to its findings.

In a scathing order, the tribunal gave the Indigenous Affairs Department two weeks to confirm it has implemented Jordan's Principle -- a policy designed to ensure First Nations children can access services without getting caught in red tape.

It is named after a five-year-old who died after a drawn out government wrangle over his home care.

"No offence, but it seems to be sort of third-party management," Angus said during the committee. "They are wanting plans and priorities."

"The money that we put in the budget was the money that was absolutely necessary to make it fair across the country," Bennett replied, adding the government is looking to reform a broken system.

"We know the system has to be overhauled and we are working with the AFN and Dr. Blackstock to put that advisory committee back together that will advise us on the reforms to fund a better system that will wrap services around kids and keep them with their families and their cultures."

There's more kids in foster care now then at the height of residential schools, Bennett added.

"It is a disgrace and it has got to stop," she said.

In April, Bennett and Angus visited Attawapiskat together to meet with community leaders, members and youth.

They agreed to begin work on a youth centre and said they are will help co-ordinate a special indigenous youth delegation to visit Ottawa.

A date for that visit has not been announced.