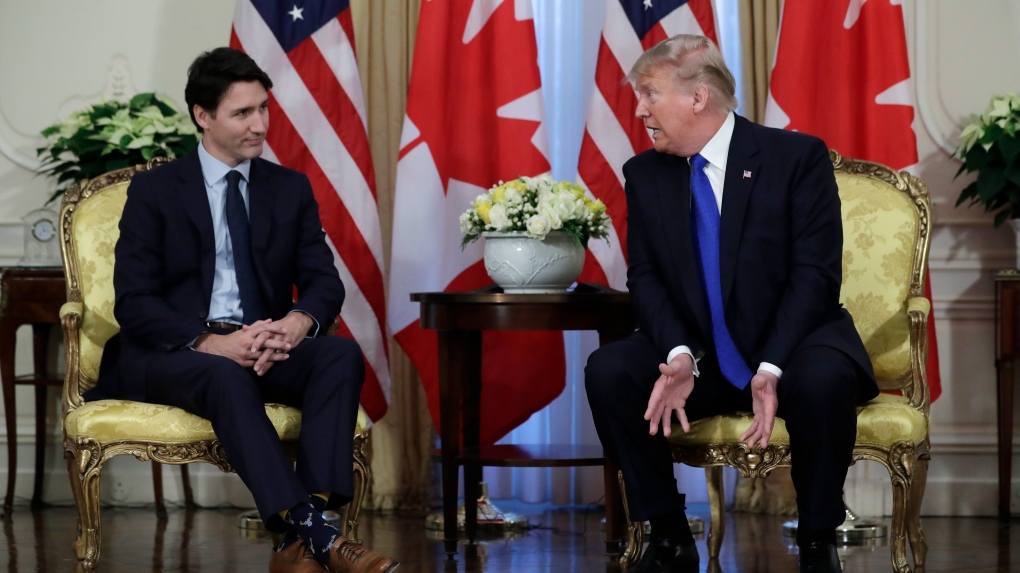 OTTAWA -- Canada has asked the United States not to sign any final trade agreement with China until two Canadians detained in China have been released, Prime Minister Justin Trudeau told a French-language TV network.

It has been more than a year since Beijing detained Michael Spavor and Michael Kovrig in apparent retaliation for Canada's arrest of a top Chinese tech executive, Meng Wanzhou.

She was arrested last December at the request of U.S. authorities who want her on fraud charges. Just days later, Spavor and Kovrig were detained.

The two men were later charged with national security offences in what is widely believed to be an attempt to pressure Canada to release Meng, whose father is the founder of tech giant Huawei.

In an interview with TVA's Salut Bonjour program aired Thursday, Trudeau outlined how Canada has asked the Trump administration to use ongoing trade talks with China as leverage in securing the release of the two Canadians.

"We've said that the United States should not sign a final and complete agreement with China that does not settle the question of Meng Wanzhou and the two Canadians," Trudeau said in translated remarks.

Earlier this month, China's foreign ministry said the Kovrig and Spavor cases had been transferred to prosecutors for review and prosecution.

In a wide-ranging interview with The Canadian Press this week, Trudeau said he regretted that Kovrig and Spavor have been caught up in the diplomatic row, but didn't regret that Canada lived up to its extradition treaty with the United States.

Over the past year, the case has impacted Canada-China relations at virtually every level, said Trudeau.

"This is an issue that we take very seriously, that is a priority and is at the top of Canada's relations with China, whether we're engaging at the diplomatic level or at the trade level or at the leaders' level," he said Wednesday.

Global Affairs Canada said Thursday that Canadian consular officials visited Spavor on Monday and Kovrig on Tuesday, but did not disclose what was said in their meetings, citing privacy laws.

This report by The Canadian Press was first published Dec. 19, 2019.