Planes, buses and rallies: campaign costs will add up 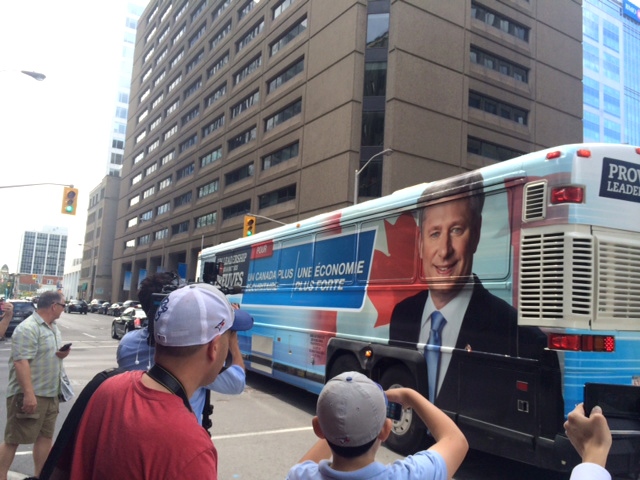 So, an election has been called, but where are the fancy planes? The big rallies in hotel ballrooms? The convoy of campaign buses rolling up at big events before thousands of cheering supporters?

Well, that all costs money. And when a typical 36-day campaign is stretched to more than double that, 78 days, parties are being thrifty with the rollout of their campaign machinery.

After all, a national tour can easily burn through $2 million a week.

At least one Conservative bus is on the road; the Liberals unveiled one of theirs; the NDP will roll one out later this week.

That’s comparatively cheap, and the least expensive option as strategists calculate other costs ahead of the long campaign:

But, that’s just the tour. The bulk of campaign money will be spent on advertising: TV, radio, online, print, billboards. You name it.

Plus, rent at party headquarters needs to be paid: office equipment, phones, wireless, and utilities. Don’t forget to spring for pizza once in a while for the selfless volunteers in the War Room.

Political insiders say for now, the plan is to open their war chests around Labour Day weekend. Parties will bring out planes, hold big rallies and crisscross the country.

It will mark the beginning of the long sprint that will continue until Oct. 19.