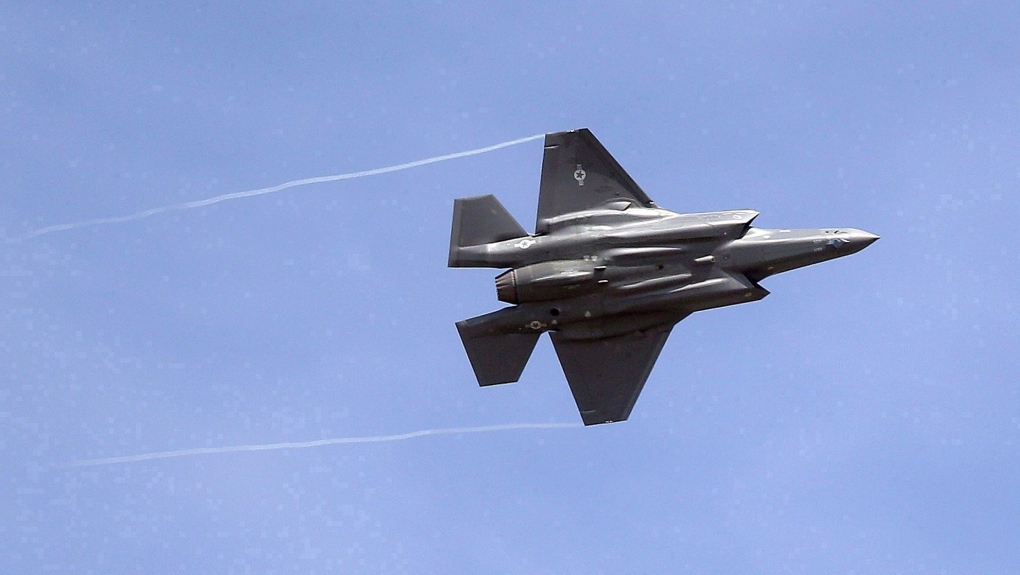 In this Wednesday, Sept. 2, 2015, file photo, an F-35 jet arrives at its new operational base at Hill Air Force Base, in northern Utah. (THE CANADIAN PRESS/AP/Rick Bowmer)

OTTAWA -- Canada is being forced to shoulder a bigger share of the costs of developing F-35 fighter jets even though it has not decided whether it will actually buy any.

Canada is one of nine partner countries in the F-35 project, each of which is required to cover a portion of the stealth fighter's multibillion-dollar development costs to stay at the table.

Each country pays based on the number of F-35s it's expecting to buy. Canada has pitched in more than half-a-billion dollars over the last 20 years, including $54 million last year.

But that amount was based on the Stephen Harper government's plan to buy 65 new fighter jets to replace Canada's aging CF-18s, which the Trudeau government has since officially increased to 88.

Even though Canada has not committed that those 88 jets will be F-35s, the Department of National Defence says that change means it will have to pay more to remain a partner -- including about $72 million this year.

"Canada's costs under the F-35 (partnership agreement) are based on an intended fleet size," Defence Department spokeswoman Ashley Lemire said in an email.

"Canada changed its fleet size within the F-35 (agreement) from 65 to 88 aircraft to align with government decisions on the size of the intended permanent fighter fleet to be acquired through competition and the payment increased accordingly."

As each partner contribution is determined annually, based on the overall cost of the F-35 development program for that specific year, Lemire said she could not provide details how much more Canada will have to pay.

The F-35's development costs have been a constant source of criticism over the life of the stealth-fighter program, which Canada first joined under the Chretien government in 1997. The entire program is believed to have already cost more than US$1 trillion.

The Trudeau government says it plans to keep Canada in the F-35 development effort until a replacement for the CF-18s is chosen -- partners in the development work can buy the planes at a lower price and compete for work associated with their production and long-term maintenance.

Canadian companies have so far won more than $1.2 billion in contracts related to the F-35, according to the government.

The F-35 is one of four planes slated to participate in the $19-billion competition that the government plans to launch this spring, the others being Boeing's Super Hornet, Eurofighter's Typhoon and Saab's Gripen.

The competition isn't scheduled to select a winner until 2021 or 2022, meaning Canada will be on the hook for several more payments. The first new aircraft is expected in 2025 and the last in 2031, when the CF-18s will be phased out.

F-35 maker Lockheed Martin says more than 350 of the stealth fighters have been delivered to different countries, while Israel became the first country to use the plane in combat last year when two of the jets struck targets in neighbouring Syria.