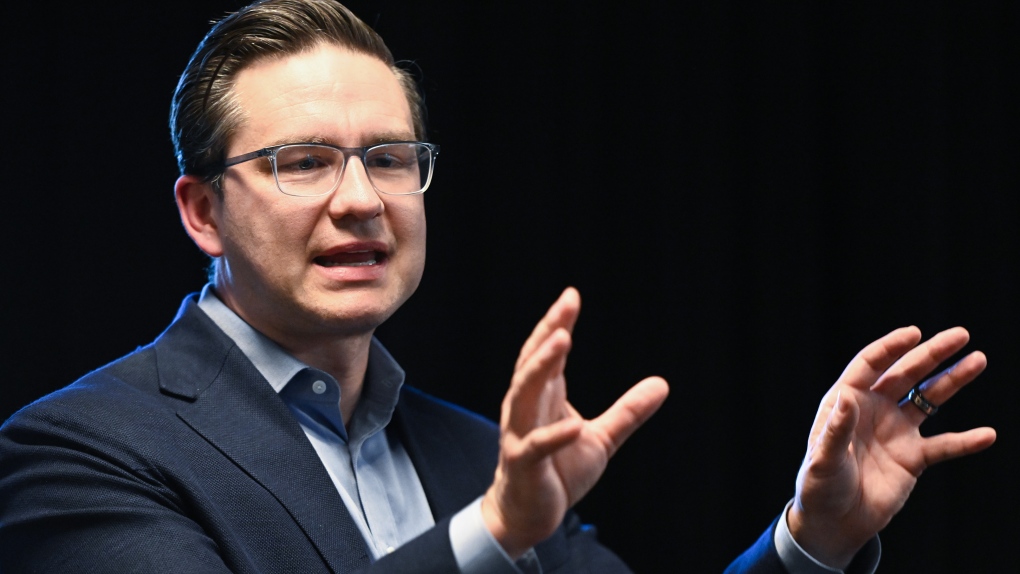 Pierre Poilievre, contender for the leadership of the federal Conservative party, speaks at a rally, in Charlottetown P.E.I., Saturday, August 20, 2022. THE CANADIAN PRESS/Jacques Boissinot
OTTAWA -

Pierre Poilievre is waging one of his final battles in the Conservative leadership race.

In a new video posted to social media, the apparent front-runner is promising to enact what he calls the "Plain Language Law," which he says would bring an end to government jargon, including in legislative documents.

Poilievre says the law would ensure government publications are instead written in simple, straightforward sentences, but he didn't explain how such a law would work -- or how the bill itself would be written without using jargon.

He argues government documents are needlessly complicated because the bureaucrats who write them use overly technical language, which creates hurdles for small businesses that have to read them.

The fight for fewer words appears to be one Poilievre takes personally, as he complained about politicians' use of jargon in a speech given more than a decade ago.

The official language of government is neither French nor English. It is bureaucratese—lots of words to say little.

Police in Halifax say they made an unspecified number of arrests during a massive street party involving thousands of people near Dalhousie University.

Police firing tear gas after an Indonesian soccer match in an attempt to stop violence triggered a disastrous crush of fans making a panicked, chaotic run for the exits, leaving at least 125 people dead, most of them trampled upon or suffocated.

Laughter lights up the gathering twilight at Langara College in Vancouver, where first-year health science student Jagiit Singh is chatting with friends next to the school's fountain. But his smile fades when he's asked about the cost of living in Canada since moving from India last year.