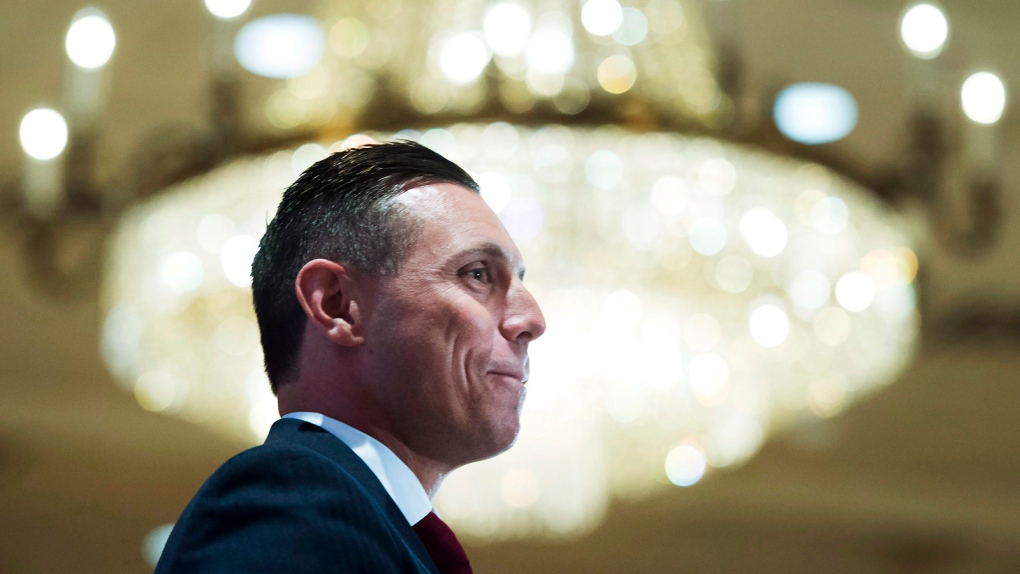 TORONTO -- Patrick Brown says anyone who is surprised by his support for carbon pricing and LGBT issues just doesn't know him very well.

Brown has led the party for a little over a year and with the 2018 election and his bid to be premier just two years away, his common refrain is that he is building a "modern, inclusive" PC party.

"It's how I've always felt about the Conservative movement," he said in a recent interview with The Canadian Press.

"Now that I'm in the leadership position I can really advocate the direction of the party...It doesn't matter who you love, it doesn't matter where you're born, the colour of your skin, what god you believe, you have a home in our PC party."

But Brown has to make sure he is not alienating any wing of the party, including the social conservatives, said former Progressive Conservative MPP-turned politics professor Rob Leone.

"He has to be very careful in terms of the policies he chooses, the messages that he sends, to make sure that the people he brought with him through the leadership process are going to stay with him until the election," said Leone, who teaches at Western University.

Brown disputes that social conservatives were the key to his leadership victory -- it was growing the base and reaching out to diverse communities, he says -- but they are at least partly laying claim to it.

Brown says he only took issue with the curriculum's limited parental consultation.

"I wasn't pointing out specific criticisms at the curriculum," he says. "It was the process. I do believe life lessons, those are important for parents."

Courting all sides of the party has made Brown a "moving target" for Liberals trying to brand him, said Leone.

An attempt to paint Brown, 38, as a radical social conservative appears to have somewhat fizzled out and the party is now onto "flip flop" attacks and charging that he only stands for what is most politically expedient.

Brown surprised his party at its annual convention by announcing he supports carbon pricing, just not the Liberal's cap-and-trade scheme.

As a backbench MP in the federal Conservative government, Brown did not support same-sex marriage, but last year led his party's first official delegation in the Toronto Pride Parade. This year's will be bigger, he says.

"He's trying very hard to tell people that he stands for something, but I think it's very unclear exactly what he believes in," she said in a recent interview.

But what matters more for 2018 is what the voters think of Brown. An important marker for a successful politician is that voters would want to have a beer with them, said Leone.

Though the beer test should be switched to Red Bull for Brown -- he doesn't drink and has a fridge full of the energy drink in his office -- it may not be going well so far.

Various newspaper op-eds have suggested the public doesn't know the real Patrick Brown, and right-wing publication The Rebel recently posted a blog by Joshua Lieblein titled, "The trouble with Patrick Brown: 'People want to be governed by a person, not an android."'

Brown said he attends myriad community events after regular work hours, gets in a few morning games of hockey or runs during the week, spends time with his two nephews and manages to see his 102-year-old grandmother once a week.

"Patrick Brown the person is someone who doesn't cut corners, who is a hard worker, who loves family and friends and will not shy away from challenges," he said.