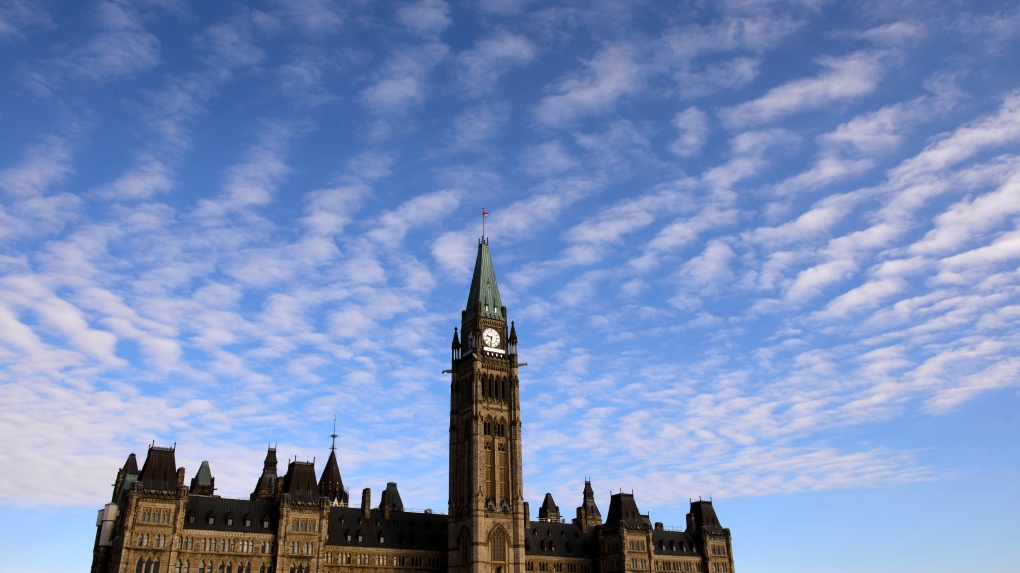 Parliament Hill is shown in Ottawa on March 11, 2020. THE CANADIAN PRESS/Sean Kilpatrick

OTTAWA -- The security service charged with protecting Parliament Hill says it has stepped up its presence in the area following several recent reports of harassment against politicians and others.

The Parliamentary Protective Service said it would not comment on specifics for security reasons, but the federal NDP said it reported one such incident on Friday.

Video posted to social media shows Jagmeet Singh being followed down the street in front of Parliament Hill by a man who asks if the NDP leader wants to be arrested. The man later tells Singh that the next time they see each other, the two will "have a dance."

"We reported the incident to the Parliamentary Protective Service," said NDP director of communications George Soule. "Beyond that, we have nothing more to add."

The protective service, which falls under the ambit of the Royal Canadian Mounted Police and provides security for Parliament Hill and the surrounding parliamentary precinct, said it was aware of the incident involving Singh and "collaborating closely with its security partners."

"The Parliamentary Protective Service continuously monitors threats, and we adjust our security posture on Parliament Hill and within the parliamentary precinct accordingly," it added in a statement Sunday.

"As a result of recent incidents whereby parliamentarians and members of the press were harassed, the service has increased its presence and visibility around the precinct."

Canadian Anti-Hate Network chair Bernie Farber on Sunday blasted what he described as "police inaction" when it comes to harassment against Canadian politicians.

"It's not the first time and it simply encourages racists and bullies," he said of the Singh video. "It has to stop. Police must do their jobs."

Farber encouraged political leaders of all stripes "to speak up when their colleagues from any part of the political spectrum are being targeted by bullies and racists."

The Singh incident followed another clip posted to social media that appears to show a man trying to conduct a "citizen's arrest" on a Radio-Canada reporter on Thursday on the same street in front of Parliament Hill.

Concern about the safety of Canadian politicians has been on the rise following a series of incidents in recent months.

According to data from the RCMP, first reported by the Toronto Star, there has been an increase in the number of threats made against the prime minister and cabinet when compared to last year.

One headline incident saw a Canadian Army reservist from Manitoba arrested in July after a truck rammed through a gate at Rideau Hall, the traditional home of Canada's governor general and where Prime Minister Justin Trudeau and his family have been living since 2015.

Correy Hurren faces 21 weapons charges as well as one of threatening the prime minister. Police said several guns and an illegal magazine were found in Hurren's truck after he was peacefully arrested.

Infrastructure Minister Catherine McKenna last month called for more protection for Canadian parliamentarians and others from threatening behaviour after video of someone yelling obscenities at members of her staff in downtown Ottawa was posted on social media.

The Ottawa Police Service said it was launching an investigation into that incident.

McKenna on Friday condemned the actions of the man in the video of Singh, writing on Twitter: "This is not OK. And it is not what Canadians stand for. We are better than this."