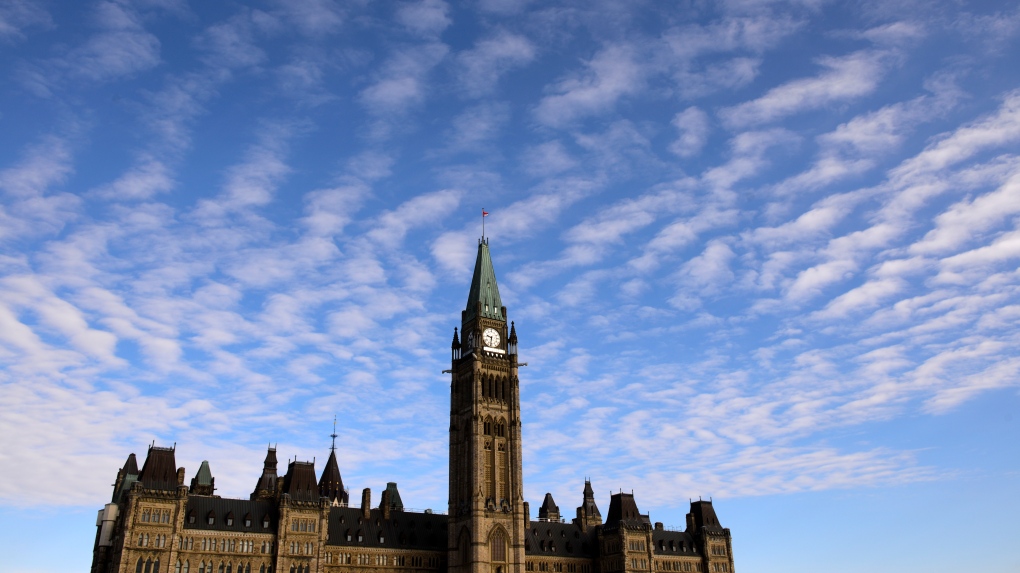 Parliament Hill is shown in Ottawa on Wednesday, March 11, 2020. (THE CANADIAN PRESS/Sean Kilpatrick)

A leading Canadian expert on government-funded basic incomes says the oft-debated idea could have averted much of the economic effects of COVID-19.

Evelyn Forget says a basic-income program would have provided help to hard-hit Canadians automatically instead of forcing governments to set up emergency aid in a rush.

Basic income is essentially a no-strings attached benefit governments provide to citizens that sets a financial floor for individuals and families.

Advocates of such a program have pointed to the Canada Emergency Response Benefit as an example of how the country could make basic income a reality.

But Forget says the CERB, for all its innovation, wasn't a basic-income program, and neither is the replacement known as the Canada Recovery Benefit.

"We're still thinking about this in terms of a patchwork -- different programs for different groups of people -- and as soon as you start doing that, you start creating gaps that people fall through," Forget said in an interview late last week.

"One of the opportunities with a basic income is to think a little bit more holistically about how we can provide income support across the board, recognizing that people have different needs."

The University of Manitoba professor lays out her pandemic-related analysis in an update to her book, "Basic Income for Canadians," released Tuesday, which also argues such a program is neither a silver bullet nor a replacement for social programs like health care.

A basic income would act as an automatic stabilizer, meaning it would expand payments when incomes crash and then roll back when things rebounded. Those who needed ongoing support would get it.

The cost of such a program would be based on any number decisions, including the value of benefits and how steeply governments clawed payments as earnings rose, she writes.

The parliamentary budget office estimated a six-month basic income program this year could cost between $47.5-billion and $98.1-billion. Some of that could be covered by redirecting funding from existing anti-poverty programs, and the price would be further offset by what the budget office said was $15 billion in anti-poverty tax measures that could be repealed.

Add in provincial benefits that could also be replaced by one benefit and Forget suggests the country could afford a permanent program.

The most recent figures for the CERB show that as of Oct. 4, just after it started winding down, the program had paid out more than $81.6 billion since March to 8.9 million people.

Federal officials scrambled to set up the program when some three million people lost their jobs in March and April and it became clear the decades-old employment insurance program wasn't up to meeting the needs created by a historic crash in the labour market.

"That greater awareness of the limitations of the programs we had led many of us to start thinking about ideas that used to be thought of as far-out fringe ideas, and basic income I put into that category for a lot of people," Forget said.

"Now, maybe it's an opportunity to think about basic income in the context of a lot of other programs and ideas about how we can build back better, if I can use the cliche."

Forget writes that a basic income program wouldn't rely on governments to quickly make good decisions during economic upheaval and it would take economic burdens off the shoulders of workers who have little control over events.

The country has so far recouped all but 720,000 of the jobs lost earlier this year, Statistics Canada reported Friday.

The jobs report noted the proportion of Canadians receiving federal income support fell to 13.5 per cent from 16.1 per cent between August and September, but also noted that 42 per cent of CERB recipients said they lived in households having difficulty paying the bills, an increase of 4.3 per cent from August.

Prime Minister Justin Trudeau noted on Tuesday that the need hasn't abated. Some 240,000 people asked for the new recovery benefit on Monday when applications opened.

This report by The Canadian Press was first published Oct. 13, 2020.

Evidence mounts that immunity from COVID-19 antibodies has limits

Plexiglas shields are everywhere, but it's not clear how much they help

One death, more than 120 COVID-19 cases reported in Manitoba on Tuesday