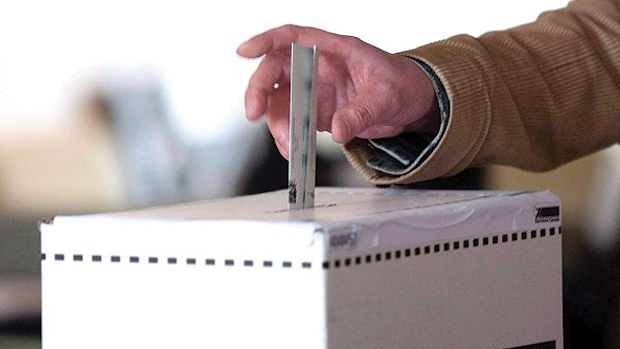 Prince Edward Island has scheduled a plebiscite this fall on five different options for electoral reform.

CHARLOTTETOWN -- The Trudeau government is showing signs of resistance to a referendum on electoral reform, but Prince Edward Island has scheduled a plebiscite this fall on five different options -- and will allow 16- and 17-year-olds to vote on them too.

The vote will be held online over 10 days, from Oct. 29 to Nov.7, the Island's Liberal government announced this week.

"It's not binding," said Paul Alan, communications director for Elections PEI. "The idea is just to get a better overview of what Island voters want. Are people happy with the way things are now, or is it time for a change?"

The plebiscite will include a couple of Canadian firsts -- the first time the voting age has been lowered to 16, and the first electronic vote used in any kind of provincial election.

Polling stations will also be open for two days, Nov. 4 and 5, for voters who prefer ballot boxes. Younger voters were included because they will be eligible to vote in the next provincial election.

"We'll be going into schools when they resume in the fall; we'll be engaging the 16- and 17-year-olds right in the schools," said Alan. "We want them to be fully informed heading into this."

-- First-past-the-post, the status quo in which the candidate with the most votes wins the seat.

-- First-past-the-post plus leaders, which would also give a seat to the leader of any party that wins 10 per cent of the provincial popular vote.

-- Dual member proportional, which assigns half the seats through the current system and the other half based on the provincial popular vote.

-- Mixed member proportional, which includes both district representatives and province-wide members selected by voters from a party list.

-- Preferential voting, in which voters rank all the candidates, and the second choices of voters who picked lower-ranking candidates are redistributed until someone wins 50 per cent of the vote.

A 2005 vote asking Islanders only if they wanted to switch to a mixed member proportional system was rejected by an overwhelming 92.6 per cent of voters. But Alan points out the turnout was low, less than 40 per cent in a province that usually has very high turnout.

The province hopes online voting will boost turnout, and will examine whether the option should be included in future provincial elections, Alan said.

P.E.I.'s new move to re-examine the provincial electoral system comes as Ottawa does the same federally.

Prime Minister Justin Trudeau promised last year the 2015 federal election would be the last one conducted under the first-past-the-post system -- a commitment later repeated in the speech from the throne.

The Conservatives have been pushing for the question to be decided by a referendum, and Democratic Institutions Minister Maryam Monsef, the first witness before the House of Commons special committee on electoral reform on Wednesday, did not slam the door on one.

But she also would not clearly promise to hold a referendum if the committee recommends it.

"They can and have often led to deep divisions within Canadian and other societies, divisions which have not been easily healed."