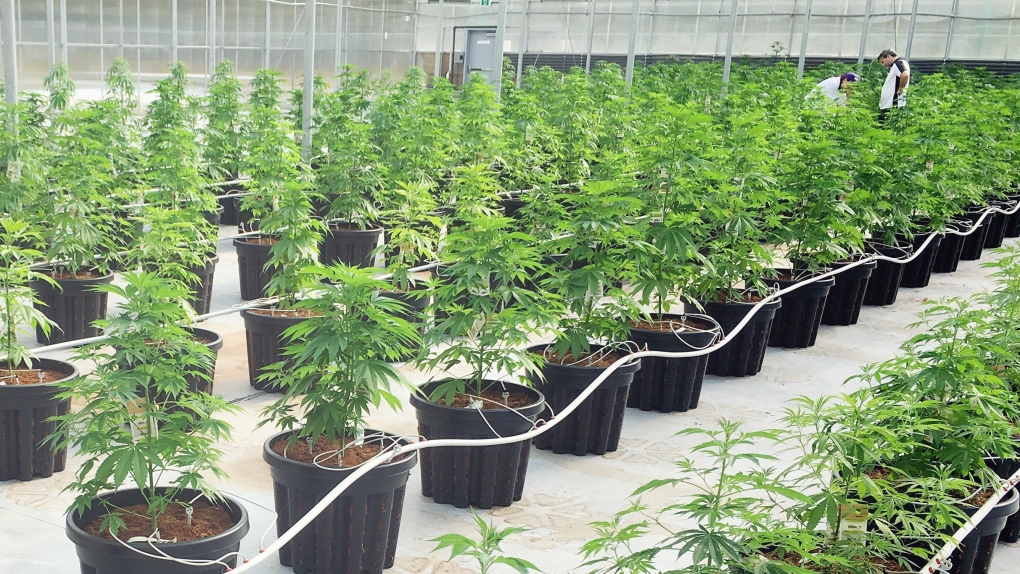 The former technology professional was new to the marijuana industry in 2012 when he founded Tantalus Labs. The stereotypical image of a large industrial warehouse, with pot plants growing under bright lights and fans, loomed large in his mind.

But when Sutton asked academics, horticulturists and engineers for advice, they all told him that no crop on the planet is grown indoors on a commercial scale.

"It just doesn't really make a huge amount of sense to replace the energy of sunlight, which is so abundant and obviously healthy for leafy green crops, with a synthetic alternative," he said.

So he was focused on plant health, not sustainability, when he decided to build SunLab, a 120,000-square foot greenhouse in Maple Ridge, B.C. It was only after he crunched the numbers that he realized it would use 90 per cent less electricity than a traditional indoor facility, he said.

As Canada moves closer to legalizing cannabis, experts are warning it isn't so green for the environment. Growing pot indoors gobbles electricity through the use of high-intensity lamps, air conditioners, dehumidifiers and more, while irrigation for outdoor grow-ops in California has been shown to be sucking some streams dry.

Sutton said cannabis is so lucrative that companies don't need to control expenses, such as electricity costs, efficiently. Regulators should help newcomers prioritize sustainability -- for example, through building standards or green tax credits -- but there's been little discussion of that in Canada so far, he said.

"We just let ourselves get to a place where cannabis is so profitable that people aren't considering the future of the planet," he said.

A peer reviewed study in 2012 estimated that one per cent of U.S. electricity use came from indoor marijuana operations. In California, the top-producing state, indoor cultivation was responsible for about three per cent of electricity use, or equivalent to that of one million homes, wrote Evan Mills, a senior scientist in energy technologies at the Lawrence Berkeley National Laboratory.

Several Canadian cannabis companies are investing in greenhouse production. Canopy Growth is developing 1.3 million square feet of greenhouse capacity in B.C., while Aurora Cannabis bought a greenhouse-design firm to oversee the construction of its 800,000-square-foot production facility at Edmonton's airport.

Of course, illicit pot growers have traditionally kept their crops indoors to hide them from police. If they join the legal industry, it's possible some will switch to outdoor cultivation, said Jonathan Page, a University of British Columbia botany professor.

Page wrote to the parliamentary committee handling legalization in August and urged it to include outdoor cultivation in Canada's cannabis regime. In November, Health Canada released proposed regulations that would allow indoor and outdoor producers.

But while outdoor production generally uses less energy, it may also use more water. Indoors, it's important to control water use to keep humidity low and prevent mould, said Emily Backus, chairwoman of a workgroup on cannabis sustainability set up by the City of Denver.

A study published by the California Department of Fish and Wildlife in 2015 looked at outdoor marijuana grow-ops and greenhouses. Researchers concluded that weed cultivation was excessively diverting water from creeks that are home to threatened salmon populations.

Lead author Scott Bauer said researchers used an industry estimate that a marijuana plant needs about 22 litres of water a day, compared with a wine-producing grape plant, which uses about 12 litres a day.

Many cannabis greenhouses in California use lights, raising concerns about energy use and light pollution outdoors, he added.

Health Canada's proposed cannabis regulations do not specifically address energy use or water consumption. The rules would require that legal cannabis products meet quality standards, be produced in sanitary environments and be tested for contaminants and the presence of unauthorized pesticides.

"At this time, however, Environment and Climate Change Canada is not planning any new regulations specifically focused on this sector," it said.

Health Canada has asked for feedback on the proposed regulations by Jan. 20. The department is also assessing the environmental impacts of cannabis production, among other impacts, and will publish its findings alongside the finalized regulations, it said.

Boulder County in Colorado requires cannabis growers to either offset their electricity use with renewable energy or pay a fee. The fee goes toward a special fund that is used to educate and encourage best marijuana cultivation practices.

As the industry has grown, companies have focused more on reducing energy costs to be more competitive, said Ron Flax, the county's chief building official.