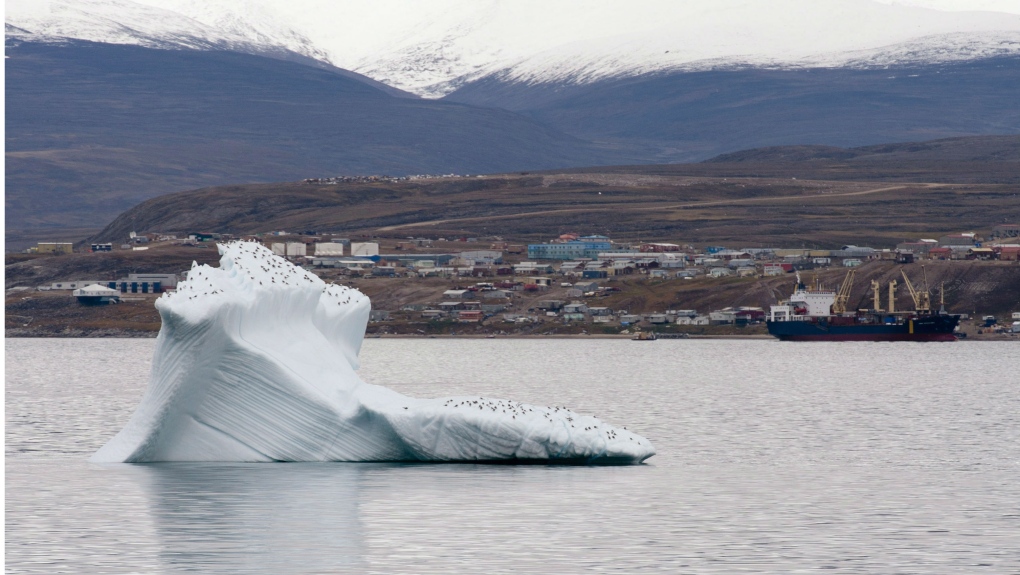 The federal government has announced it will support an international ban on environmentally damaging heavy fuel oils in Arctic shipping.

The backing, released during meetings on the issue in London, England, comes with a hint that compensation might be coming to ease concerns that forcing shippers to use more expensive fuels will raise costs for northern families.

"Canada is proud to play a leadership role at the International Maritime Organization by supporting this ban and is committed to continue working with other countries, northern residents and marine stakeholders to help reduce economic impacts on northern communities," a release from Transport Minister Marc Garneau said Tuesday.

"Transport Canada's recent announcement to support an HFO ban in the Arctic demonstrates vision and leadership and is very encouraging," they said in a joint release.

The International Maritime Organization is considering how to eliminate heavy oil to fuel ships sailing Arctic waters. Arctic countries have already agreed to a ban in principle. The meeting is to set terms for the fuel's phaseout.

Heavy fuel oil is considered a major spill risk because it's so thick it persists in the environment for years. A moderate spill in Russia in 2003 had big impacts still visible more than a decade later in marine mammals.

The fuel is also a major source of black carbon, soot-like particles that darken sea ice and hasten its melting.

It has been banned in the Antarctic for years. The Arctic ban is now supported by seven out of eight countries in the region. Russia is the only holdout.

Arctic communities depend on ocean transport for supplies ranging from dry goods to construction materials.

Transport Canada says the average Nunavut household will see an increase of up to $649 a year due to more expensive replacement fuels. Sealifts used by families to bring in bulk supplies of non-perishable commodities from the south would cost an extra $1,000 for a six-metre shipping container.

More than half of Eastern Arctic households are already considered severely food insecure, meaning they can't always count on having enough food for their next meal.

The government of Nunavut said it will seek compensation.

"The cost of banning the use and carriage of heavy fuel oil in Arctic waters shouldn't further add to everyday expenses like food, household items and materials," Catriona MacLeod, press secretary for Premier Joe Savikataaq, said in an email.

"The government of Nunavut will advocate that any ban include measures to help offset the cost to Nunavummiut and industry."

The Inuit groups suggest refunds, tax credits or subsidies to ease the impact on northerners.

"Leaving our marine environment unprotected is not an option, nor is offloading costs for environmental protection to the communities," they said.

Canada is asking for implementation of the ban no earlier than 2024, said a department spokeswoman.

"Ministers also announced they will be seeking a phased-in approach to the ban as Canada discusses with IMO countries ways to help balance the environmental benefits with the economic realities of northern, Indigenous and Inuit communities," said a release.

Consultations with Indigenous and Inuit communities, industry, environmental groups and other governments will continue to be held, it said.

This report by The Canadian Press was first published Feb. 18, 2020