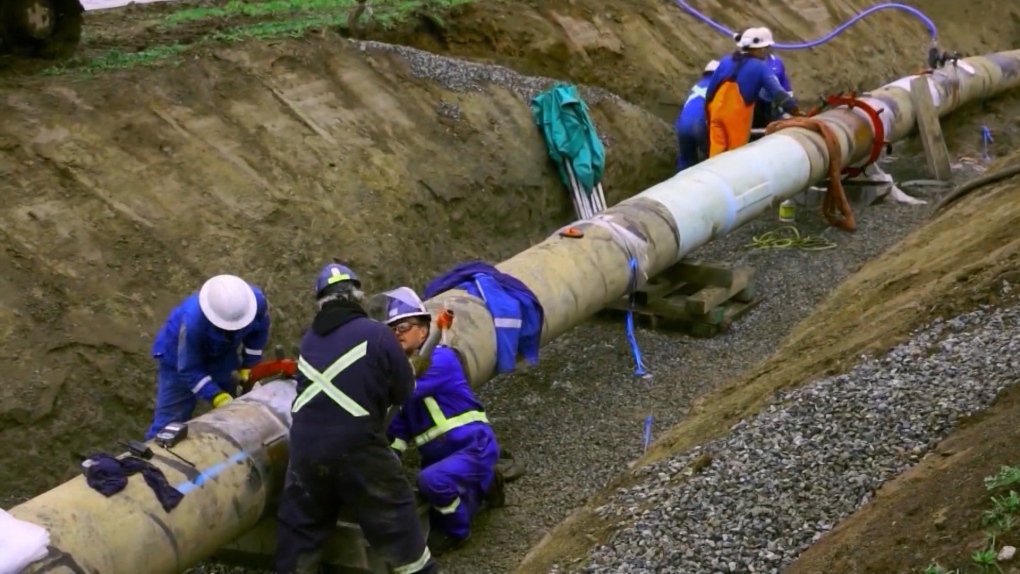 CALGARY -- The federal government says the Trans Mountain pipeline has earned net income of $29 million from operating revenues of $728 million in the 19 months since it was purchased.

In an analysis, the Parliamentary Budget Officer says the oil conduit running from Edmonton to the Vancouver area had operating expenses of $366 million since it was purchased in the fall of 2018 from Kinder Morgan Canada for about $4.4 billion.

It also notes financing costs of $223 million and a $172 million depletion and depreciation expense on the pipeline assets, offset in part by a $61 million tax recovery (thanks mainly to a decrease in Alberta's corporate tax rate), for the period ended March 31.

In a report last November, the Institute for Energy Economics and Financial Analysis charged that Trans Mountain is receiving hundreds of millions of dollars in hidden direct and indirect federal and provincial government subsidies.

The Department of Finance, however, responded that the government does not consider any part of its investment in the pipeline to be a subsidy.

In February, Trans Mountain announced a revised construction cost estimate for its controversial expansion project, bumping it up by about 70 per cent from $7.4 billion to $12.6 billion.

The PBO says the Canada Development Investment Corp. -- which owns the pipeline on the government's behalf -- has since revised the sensitivity analysis in its goodwill impairment test.

It previously contemplated the risk of a 10 per cent increase in construction costs or a one-year delay in construction, along with higher interest rates.

This report by The Canadian Press was first published July 22, 2020.