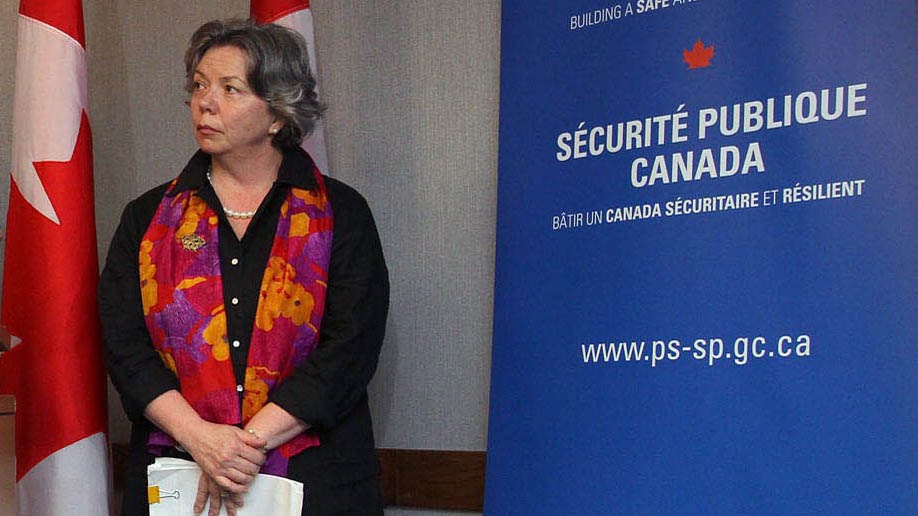 WINNIPEG -- The federal government has earmarked $46 million to help solve a major traffic headache in a Winnipeg riding that is expected to be a close call in the looming election.

Conservative MP Joyce Bateman announced the long-sought federal share of funding for a new underpass on Waverly Street, a major rush-hour thoroughfare. The underpass will replace a level crossing that currently forces motorists to stop dozens of times a day for trains.

The project is in the middle of Winnipeg South-Centre, a riding held by the federal Liberals for more than two decades until Bateman took the seat by 722 votes in 2011.

"The election cycles are not lost on any of us ... regardless, this has been a long time coming and a lot of work has gone on well before this week," Bowman said at a news conference Thursday, flanked by Bateman and a Manitoba government representative.

Bateman said she has been working on the project since being elected.

"I have friends who bought houses in this area maybe 25 years ago. This has been important for a long time. I got it done."

Jim Carr, the Liberal candidate in Winnipeg South-Centre, said the project should not have taken so long.

"The federal government has taken nine long years to respond to the infrastructure needs of southwest Winnipeg," he said in a written statement.

It is far from clear when construction might begin. Bowman said the city must first get funding commitments from Ottawa and the Manitoba government, which has promised a matching amount, in writing. Then city bureaucrats will look at how the project can proceed.

Winnipeg South-Centre is shaping up to be a race to watch, says Paul Thomas, professor emeritus of political science at the University of Manitoba.

Bateman does not have the public profile that other Conservative MPs in the city have, such as Steven Fletcher and Joy Smith, Thomas said. She also faces a strong challenger in Carr, a former provincial legislature member and until recently the head of the Business Council of Manitoba.

"Jim Carr, I think, has organization and money and visibility and he's a likable guy," Thomas said.