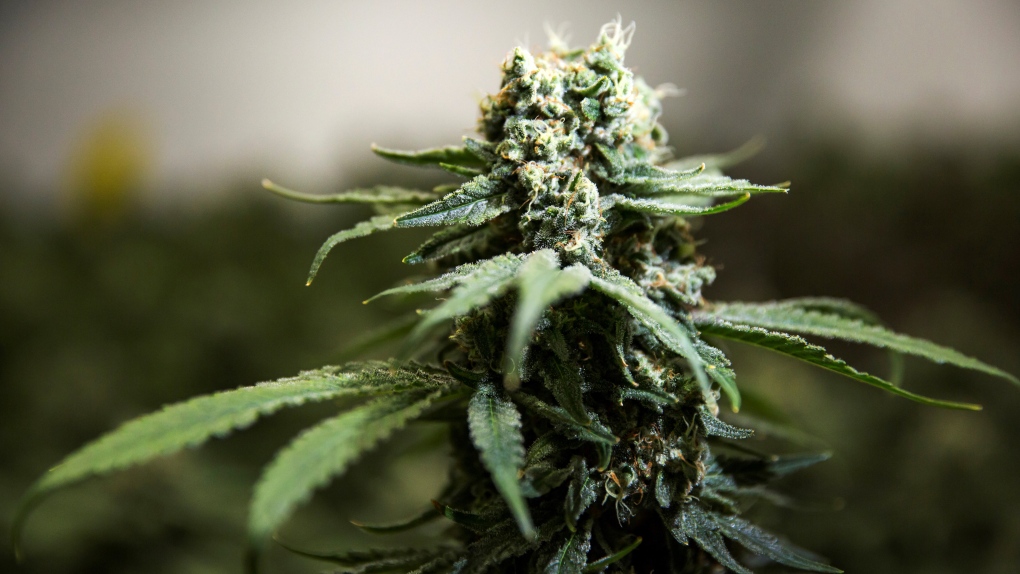 And that is only the beginning as the figures from Veterans Affairs Canada reveal the government is on track to spend nearly $200 million this year as more and more former service members ask the government to pay for their cannabis.

While experts and advocates are uncertain about the reasons for the surge, they agree about the need for more information on the real benefits and potential harms of medical marijuana for veterans -- and taxpayers paying for it.

"We desperately need better evidence to understand if these policies and if the current usage is likely to have more benefit or do more harm," said Jason Busse, associate director of the Michael G. DeGroote Centre for Medicinal Cannabis Research at McMaster University.

"We don't know that right now."

Veterans Affairs started reimbursing a small number of former military personnel for their medical cannabis in 2008, at which point the approvals were granted on an extremely limited basis and with the approval of a medical specialist.

The move followed a series of court decisions more than 20 years ago that first allowed a legal exemption for the consumption of medical marijuana from criminal prosecution.

Then in 2014, Health Canada relaxed its rules around who could authorize the use of medical marijuana to Canadians and for what conditions and circumstances. The new rules didn't put a limit on the amount of pot that could be authorized, or the cost.

Veterans Affairs at the time was reimbursing 112 ex-service members for their pot, at a cost of $409,000. By the following year, that number had increased to more than 600, at a total cost of more than $1.7 million -- with no end to the increase in sight.

Figures provided by the department to Veterans Affairs Minister Lawrence MacAulay in June for questions in the House of Commons show the government reimbursed more than 18,000 ex-military members for $153 million in medical marijuana claims in 2021-22.

The skyrocketing claims and costs have continued despite the Liberal government decision in 2016 to limit claims to three grams per day at $8.50 per gram, with an allowance of up to 10 grams per day with medical authorization.

Those limits resulted in an explosion of anger from veterans and advocates who said the limits would negatively affect them, though the note to MacAulay said one in five veterans was receiving more than three grams per day.

By comparison, Health Canada says the number of Canadians across the country registered to use medical marijuana, which is normally paid for by insurance companies, fell to 257,000 in December 2021 from 345,000 in October 2018.

Officials at the B.C.-based Veterans Transition Network, which provides peer support and counselling programs for former Armed Forces members, have seen the explosive growth in medical marijuana use by veterans firsthand in recent years.

"Seeing those numbers of just the growth year over year, to my mind, it fits with what we've seen in terms of how commonplace it's become in the veterans' care landscape," said executive director Oliver Thorne.

The network's national clinic director Dr. Paul Whitehead estimated around half of veterans participating in the organization's programs now use some sort of cannabis product for medical reasons, though the exact type, frequency and dosage varies significantly.

Experts cited a number of potential reasons for the increase, including the COVID-19 pandemic, broader awareness, less stigma around cannabis use, and the emergence of a multimillion-dollar industry around medical pot for veterans.

Some veterans and advocates have argued that the rise of medical cannabis has helped reduce the use of opioids and other narcotics.

While he couldn't say whether that was true, Whitehead reported a decrease in alcohol use among his organization's clients.

Yet he and others also pointed to the many questions that remain about if medical marijuana really helps veterans -- and if so, how and why.

"We feel confident there is absolutely some benefit because veterans tell us that, and they tell us that frequently," said Thorne. "But we don't know the how. And I think that's what we really need to know: how does it work? Why does it work?"

Busse has been attempting to answer some of those questions at McMaster. What he's discovered so far is a paucity of real data about the impacts of medical marijuana, with what is available showing little to no impact on most people with chronic pain or sleep problems.

Even those studies that have been conducted have been extremely limited, Busse added, with little information about the impact on those suffering from post-traumatic stress disorder or even the long-term impacts of using cannabis.

The lack of concrete information comes despite the federal government having repeatedly promised over the years to fund research on the issue. Busse blamed Health Canada regulations and red tape for having prevented large-scale clinical studies.

"It was just (this week) that we finally got approval to run our first trial, despite having gotten funding for it over two years ago," he said. "And I know that a lot of companies have simply given up on doing clinical trials in Canada."

Veterans Affairs would not publicly speak to any anticipated changes to its reimbursement rules, but officials told MacAulay in June that as it is "an evolving area of treatment, Veterans Affairs Canada is regularly reviewing the latest available evidence and adjusting our policy as needed."

While Thorne and Whitehead have heard veterans testify to the benefits of medical marijuana, and the Veterans Transition Network doesn't support limiting access, there are concerns that some former service members will use the drug to avoid their psychological trauma rather than face it.

Across Canada and around the world, protesters stood shoulder to shoulder on Saturday in solidarity for women's rights and freedom in Iran, as the country enters its third consecutive week of roiling protests spurred by the death of a 22-year-old woman in police custody.