Ottawa moves to lift alcohol trade restrictions, urges provinces to do the same 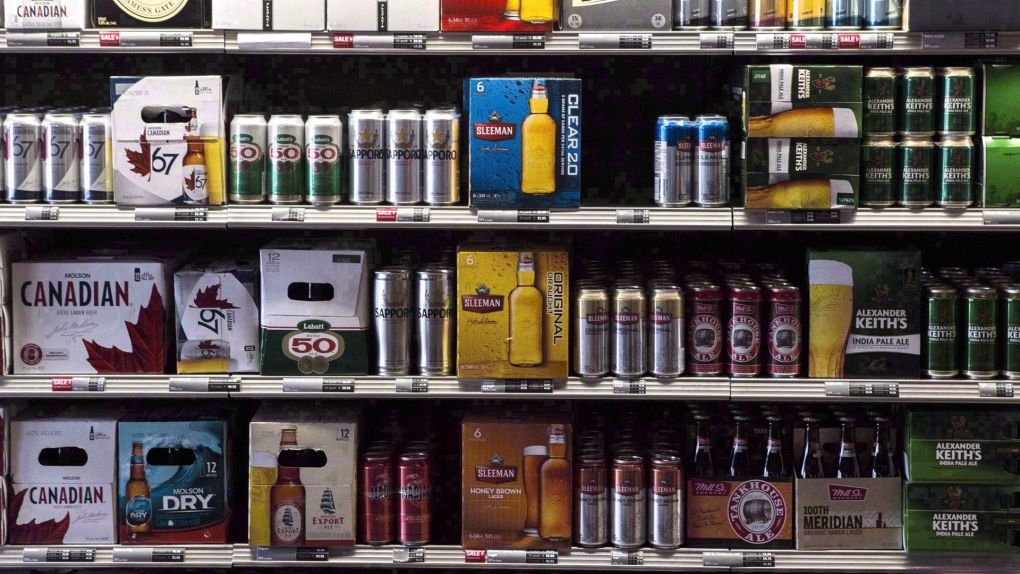 Beer products are on display at a Toronto beer store on Thursday, April 16, 2015. THE CANADIAN PRESS/Chris Young

OTTAWA -- The federal government has introduced legislation that it says will remove a final federal barrier to the easier flow of beer, wine and spirits across provincial and territorial boundaries.

Now, it says, it's up to the provinces and territories to enact changes of their own that would allow for direct-to-consumer sales of alcohol across Canada.

Internal Trade Minister Dominic LeBlanc says the legislation, once passed, will remove the federal requirement that alcohol moving from one province to another go through a provincial liquor authority.

The issue has rankled consumers for decades and was forced under a media spotlight a year ago when a New Brunswick man lost a five-year court battle to buy cheap beer in neighbouring Quebec.

LeBlanc said Tuesday that Canadians have been frustrated by provincial and territorial trade restrictions for too long.

He has proposed changes to the federal Importation of Intoxicating Liquors Act that would aid lower levels of government in lifting those restrictions on the sale of Canadian beer, wine and spirits between provinces and territories. The changes are in the bill implementing the federal budget.

Minister Dominic LeBlanc highlights plans to eliminate the only remaining federal barrier to trade in alcoholic beverages within Canada, the first step to give Canadians better access to Canadian products: https://t.co/QdyVJ6wvMW pic.twitter.com/O1sKoLTmp6

"The proposed legislative amendments would remove the only remaining federal barrier to trade in alcohol, and the onus will be on provincial and territorial governments to change their own regulations, paving the way for direct-to-consumer alcohol sales from across Canada," LeBlanc said in a statement.

"Removing barriers to trade between provinces and territories fosters economic growth, reduces the regulatory burden on our small and medium-sized businesses, and creates good, middle-class jobs across the country."

"Interprovincial trade of alcohol is an opportunity to unlock economic prosperity by enabling Canada's (small and medium-sized businesses) to trade more freely," she said in a statement.

But the province's treasury-board president Roger Melanson, who is also the minister responsible for trade policy, also noted that regulation of the alcohol trade in New Brunswick brings tens of millions of dollars into provincial coffers annually -- money that is redistributed to services including health care, education and infrastructure.

The country's premiers last summer announced an agreement in principle to lift limits on how much alcohol residents can buy for personal consumption and transport across boundaries.