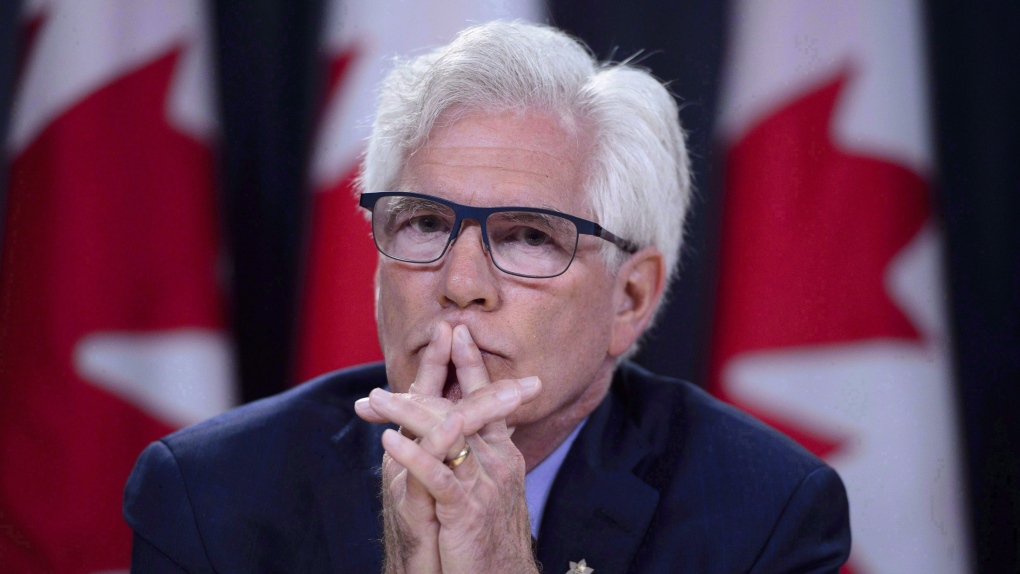 Minister of International Trade Diversification Jim Carr listens to questions at the National Press Theatre during a press conference in Ottawa on Tuesday, May 29, 2018. THE CANADIAN PRESS/Sean Kilpatrick

OTTAWA -- Canada's trade minister says the government expects Canadian business interest in China to slow given current tensions, but he is confident the two countries will work through their differences and allow economic ties to again flourish.

That confidence is based on the long and complex trading relationship between Canada and China, which has continued despite a recent "difficult period" between the two countries, Jim Carr told The Canadian Press in an interview Sunday.

"It's not an easy time. It's challenging," Carr said from Vancouver, where he was set to launch a weeklong campaign to promote Canada's newest trade deal, the Comprehensive and Progressive Agreement for the Trans-Pacific Partnership, or CPTPP.

But, he added, "when we add the perspective of the relationship going back decades, and the importance of the continuing relationship, I'm confident we will move beyond this point and continue to broaden and deepen our relationship with the Chinese."

Ottawa and Beijing have been locked in a diplomatic dispute since the arrest of Huawei executive Meng Wanzhou in Vancouver in December at the request of the United States, which is seeking her extradition on fraud allegations.

After her arrest, China detained two Canadians -- former diplomat Michael Kovrig and entrepreneur Michael Spavor -- on allegations of engaging in activities that endangered the country's national security. It upgraded the drug-smuggling sentence of another, Robert Lloyd Schellenberg, from 15 years in prison to the death penalty.

The federal government has since increased its travel advisory for China by warning potential visitors about "the risk of arbitrary enforcement of local laws." Carr said he expects some Canadian businesses to steer clear of the country in the near term.

"We think it's likely that there won't be the same kind of growth of travel and of these kind of exploratory visits that there might be if there were no tensions," he said.

However, he added that many Canadian firms are continuing to travel to China and "we are confident that we will work our way through this and return to a situation where people have no compunctions at all about visiting China."

Asked whether federal trade officials were continuing to talk to their Chinese counterparts about deepening economic ties, Carr said: "There are conversations that go on all the time and not only among officials, but among businesspeople."

American authorities laid out their case against Meng late last month, accusing her and Huawei of misrepresenting their ownership of a Hong Kong-based subsidiary between 2007 and 2017 in an effort to circumvent U.S. sanctions against Iran.

Meng, 46, has been free on bail since Dec. 11, living in one of her two multimillion-dollar homes in Vancouver while wearing an electronic tracking device and being monitored by a security company.

Her case is due back in court in March.

The federal government has been rallying support from allies to win the release of Kovrig and Spavor, with a number of countries issuing statements of support and emphasizing the importance of the rule of law.

U.S. Ambassador to Canada Kelly Craft issued a statement on Saturday saying her country was "deeply concerned" about China's "unlawful" detention of two Canadians and calling for their release.

With files from the Associated Press.