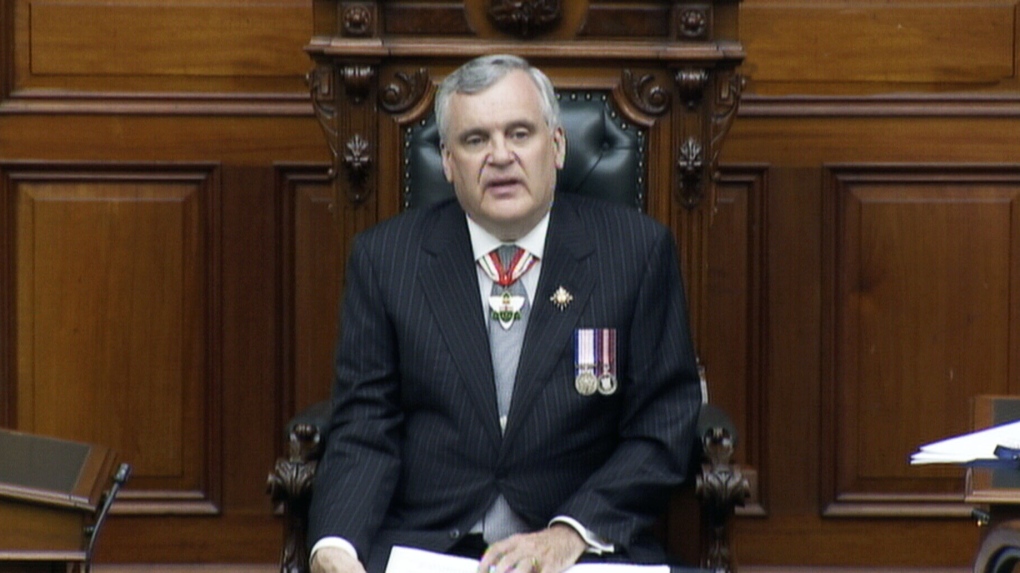 Setting out her government's agenda for the next decade and beyond, Premier Kathleen Wynne pledged to be pennywise to meet an "unwavering" goal of slaying the province's $12.5-billion deficit in three years.

But her government will also spend billions on public infrastructure, corporate grants, job skills programs and other measures to help grow the economy.

While that approach may seem counterintuitive, Wynne insists both those opposing measures can be taken simultaneously to accomplish the complex task her government faces.

That includes convincing debt rating agencies, who have signalled their concerns, that her government will do what it takes to hold spending and balance the books.

The economy doesn't work sequentially, Wynne said. You don't wrestle down the deficit before building up job skills or put the appropriate infrastructure in place, she said.

"I think they are integrally entwined," Wynne added.

"All those things are part of the strengthening of the economy. So I don't see it at all as a matter of sequencing."

The speech, written by the Liberals but read by Lt.-Gov. David Onley, largely regurgitated the May 1 budget that triggered the election June 12 and formed the basis of the Liberals' election platform.

It repeated many of the same pledges, such as cash for skills training, a made-in-Ontario pension plan and $29 billion over a decade to fund public transit and transportation projects. It also repeated a promise to release a second poverty reduction strategy within 60 days.

"Your government's efforts to lift children out of poverty, send more young people on to postsecondary education and help businesses become more globally competitive are all part of the same equation, because together they add up to more opportunity, more security and more economic growth," Onley read.

But the speech also warned that there's no money for wage increases in the broader public sector as new contract talks loom on the horizon.

The Liberals maintain they can balance the books without eliminating public sector jobs or cutting public services, even though economists have warned that holding spending will be a very challenging task.

Even Don Drummond, who literally wrote the Liberals' guidebook on austerity, has his doubts that they can balance the books without lost jobs.

The opposition parties say they don't buy that the Liberals can meet their target without layoffs.

"I worry that if the government keeps spending as wildly as they're planning on doing in this throne speech with new programs, that we won't have the money available for the basic programs that we count on like health care and education."

NDP leader Andrea Horwath warned the Liberal plan will mean massive layoffs and the selling off of Crown corporations.

"This is an austerity plan that's dressed up to look like something very progressive," she said.

The throne speech said voters gave the Liberal plan a green light when they handed the party a majority of seats in the legislature. It also promised the party will govern from the "activist centre" and chose "partnership over partisanship."

One of those decisions was the costly cancellation of two gas plants at a possible cost of up to $1.1 billion, which has dogged them for years. A legislative committee looking into the cancellations was to hear from more witnesses before the June election was called.

The speech promised more government transparency and accountability, but the Liberals didn't promise more hearings, only that they would take steps to allow the committee to write its report.

Having avoided punishment at the polls in spite of the scandal, the Wynne Liberals appeared less concerned about putting some distance between themselves and the previous administration under Dalton McGuinty.

The former premier, who resigned in October 2012 under a cloud of controversy, even attended the throne speech with Wynne singing his praises.

"I was talking to him afterwards and the plan that we're putting forward builds on the work that I did, that we did, under his leadership when he was premier," she said.

"So I'm very, very pleased that he was here, that he thinks we're on a very good track."