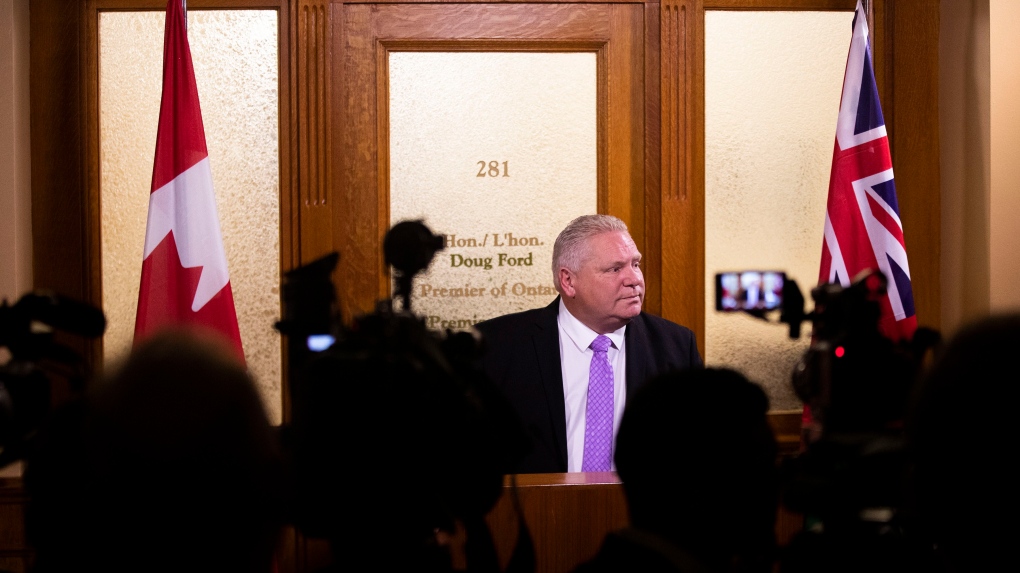 Ontario Premier Doug Ford speaks to the media outside of his office in the Ontario Legislature in Toronto on Thursday November 21, 2019. THE CANADIAN PRESS/Chris Young

Ford says he will deliver a simple message that Ontario looks forward to working with the re-elected Liberal government.

The province also announced today that it is creating a council on provincial-federal relations, headed up by Ford.

Ford says the team, including several senior cabinet ministers, will work with federal counterparts on priorities such as infrastructure, health care and economic growth.

The government says its priorities will include pushing for increased funding through Canada Health Transfers, removing red tape and attracting international investment to all areas of Ontario.