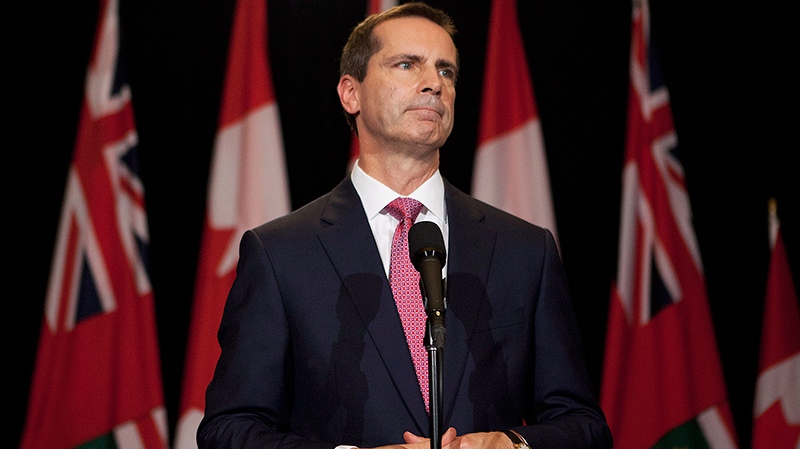 Dalton McGuinty won't be challenging Justin Trudeau for the federal Liberal leadership. The Ontario premier has decided to look for challenges outside politics altogether.

A leadership convention to choose the next head of Ontario’s Liberal party is set to take place in late January.

The party announced Sunday afternoon that the convention will take place the weekend of Jan. 25 to determine who will take over for the departing Premier Dalton McGuinty.

Candidates have until Friday, Nov. 23 to submit their nomination forms along with signatures of support from at least 250 members and an entry fee of $50,000.

Candidates must also comply with a spending limit of $500,000 and a transfer of 25 per cent of fundraising revenue to help the party cover the cost of the convention.

Liberal Party president Yasir Naqvi said the rules are to ensure the party has “a fair, transparent and robust leadership process."

On Sunday, Naqvi confirmed that he won’t be throwing his hat in the ring to become the new leader of the party.

The Ottawa Centre MPP said the decision not to run was “a very personal” one.

Ontario Finance Minister Dwight Duncan, who also serves as the province’s deputy premier, said he is seriously considering running for the position. However, Duncan told The Canadian Press that the position is a huge commitment at his age. Duncan is 53.

John Wilkinson, the former environment and revenue minister who lost his seat in last year's election, has also been mentioned as a possible candidate, as have former ministers George Smitherman and Sandra Pupatello.

The location and delegate fee for the convention are expected to be finalized next week.

McGuinty announced Monday that he was stepping down as the Liberal leader and proroguing the legislature because his minority government and the opposition had reached an impasse on public sector wage freezes.

McGuinty’s resignation shocked the public and angered opposition parties, who argued there was no need to prorogue the legislature.

On Sunday, the NDP and Progressive Conservative parties argued that the leadership convention creates too long of a wait for a new legislative session.

NDP house leader Gilles Bisson said in a release that waiting until early next year to bring the legislature back is simply not in the best interests of Ontarians.

“People want MPPs back to work -- this year not next. The McGuinty Liberals can't shut down the Legislature until 2013," Bisson said.

"It's disgraceful that they want to hold the assembly hostage this long," she said. "It's very clear that we could still be having the house in session while they have their leadership (contest)."

Meanwhile, McGuinty has said he will stay on as MPP for Ottawa-South until the next election.